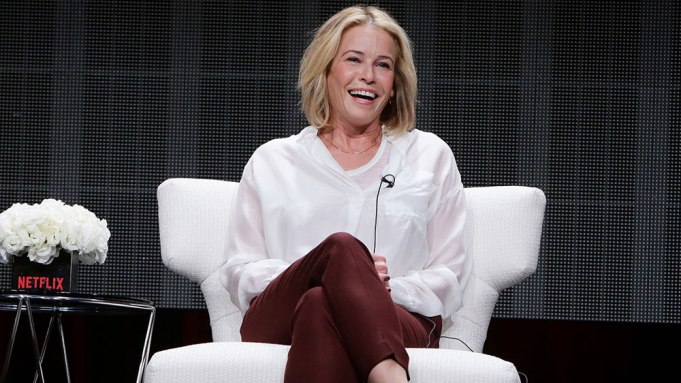 Netflix announced “Chelsea Does,” a four-part documentary series hosted by comedian Chelsea Handler, will debut in January exclusively on the service worldwide.

The four-part docu-series is separate from Handler’s forthcoming talk show for Netflix, which is slated to bow later in 2016. “Chelsea Does” is part of the overall deal Netflix cut with her last year.

“Chelsea Does,” directed by Eddie Schmidt (“This Film Is Not Yet Rated,” “Valentine Road”) and produced by Morgan Neville (“20 Feet From Stardom,” “Best of Enemies”), will comprise four “introspective” films featuring Handler exploring a range of subjects ranging from marriage to drugs, and from to racism and Silicon Valley.

Neither Netflix nor Handler, who exited as host of E!’s “Chelsea Lately” in 2014 after seven years on cable, have provided concrete details of what her talk show for the streamer will actually look like. It’s the first foray into a news-oriented program for Netflix, and execs have said the company plans to increase investments in news and documentary original programming.

Netflix has tapped Bill Wolff, former producer of “The View” and for Rachel Maddow’s MSNBC show, to lead Handler’s talk show. Handler has previously said the program will cover current events and feature investigative reporting, a la “60 Minutes” but “faster, quicker, cooler.” Unlike “Chelsea Lately,” new episodes of her Netflix talk show are slated to run a few times a week, not daily.

Under the pact with Handler, Netflix last year premiered her first hour-long standup comedy performance, “Uganda Be Kidding Me.”