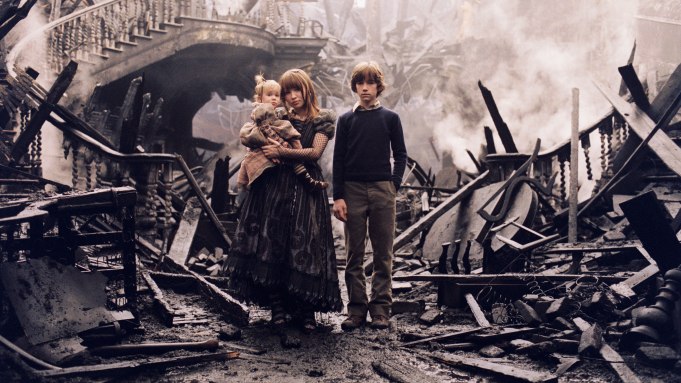 Fans of Lemony Snicket’s “A Series of Unfortunate Events” can’t wait for Netflix’s original series based on the bestselling book franchise — and someone has even gone through the trouble of splicing together an unauthorized teaser trailer for the forthcoming show.

On Sunday, the YouTube account of “Eleanora Poe” posted “An Unfortunate Teaser,” which has already garnered more than 700,000 views. (The account, created in June, has uploaded no other videos; Eleanora Poe is editor-in-chief of the Daily Punctilio newspaper in the “Unfortunate Events” series.) The song in the fan-created trailer is an excerpt of “Missed Me” by the Dresden Dolls, a Boston-based “punk cabaret” duo. [UPDATE, July 7: As of 9 a.m. ET Tuesday, the clip has racked up 1.9 million views.]

The teaser didn’t come from Netflix, according to a rep. “This was not released from Netflix and not anything official,” she said. The rep did not say whether Netflix would seek to have the clip pulled down.

Netflix announced a deal to produce the Lemony Snicket series last fall; the company has not disclosed an expected premiere date.

The Netflix series will be produced in association with Paramount Television. Paramount Pictures distributed 2004 film “Lemony Snicket’s A Series of Unfortunate Events” starring Jim Carrey, which grossed $118.6 million on an estimated production budget of $140 million, according to Box Office Mojo.

In the “Series of Unfortunate Events” franchise, three orphaned kids — Violet, Klaus and Sunny Baudelaire — face trials and tribulations at the hands of the evil Count Olaf, as they seek to discover the secret of their parents’ death. The books have sold more than 65 million copies worldwide.

The Lemony Snicket books are penned by Daniel Handler. ICM Partners, which reps Handler, brokered the deal with Netflix for the series.

Eleanora Poe, whomever you are: I owe you a gimlet, you trickster. –DH https://t.co/jPctrnEX2d