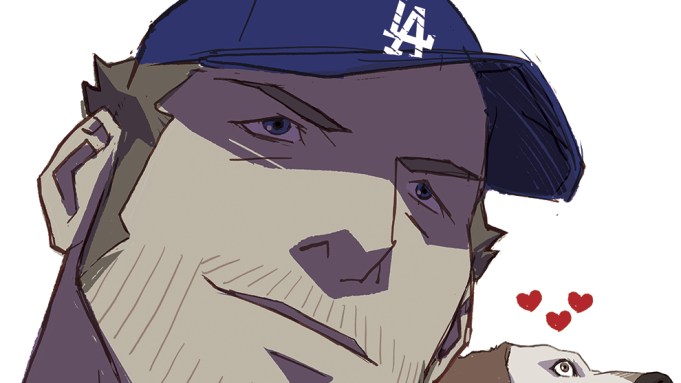 Not long ago, the main road to animation careers ran through art schools, and while many young animators still follow that path, other avenues are emerging.

Just ask Jenna Boyd, Nickelodeon’s senior VP of development. “The Internet has connected animators and artists around the world through Tumblr, Vimeo, YouTube, web comics and other social media channels,” she says.

Nick’s response: “We have a scout who scours the Internet to find talent. You have to do that. It’s the new normal.”

“There are lots of stories by female creators we haven’t seen before,” says Boyd. “Chris found a woman named Violaine Briat on Tumblr who’s a French citizen living in Japan. We’re working on bringing her to Nick.”

Nickelodeon also discovers talent online through its Global Shorts program, notes Boyd. “We’ve gotten over 1,000 pitches. Many people around the world submit ideas this way. We discovered a guy in South Africa (Mike Scott) who animated a short called ‘Moose Box’ that we’re developing into a series. Technology enables him to make his own animation, though it takes a larger studio infrastructure to scale something up to be a series.”

Given the explosion of animation online, it’s not surprising that TV veterans like Frederator Studios’ Fred Seibert (“The Fairly OddParents,” “Adventure Time”) are focused on building Internet hubs where new artists can be seen.

“When I started getting engaged with the Internet 10 years ago, we sent out an email saying we were starting a channel on iTunes,” Seibert recalls. “Within a week, we got 1,000 short films. Our business is based on the talent we can meet. It’s a volume game: the more talent you meet, the more likely you’ll bump into someone brilliant.”

Today, Seibert has several online channels that showcase a worldwide network of animators, including the popular YouTube channel Cartoon Hangover.

“This channel has almost a million and a half subscribers,” he says. One breakout star is Natasha Allegri, who created “Bee & PuppyCat,” a show that has attracted funding from both YouTube and thousands of fans via Kickstarter. Seibert describes the broad reach of this young animator quite simply: “ ‘Bee & PuppyCat’ is being watched over Google Hangouts by young people in El Salvador.”

It’s estimated that a billion people watch YouTube every month — only one indication that the Web reps more than just a place where animators can be discovered. It’s also a destination for independently minded artists.

One example: Jacob Streilein, who was a star student at CalArts until last year. Instead of accepting a job from major studios, he chose Jib Jab — best known for its online animations skewering politicians. “It’s more appealing to have the opportunity to jump around and work on a combination of projects, where I can design, animate and direct,” he says. “At bigger studios you typically do just one thing.”

Streilein expects to pursue his own animation, examples of which can be seen on Vimeo. That’s a mind-set that could typify many artists in the Internet age.

Young animators who view the web as a place to shine need look no further than the success of the indie stop-motion animator with the moniker PES. Recognized for his Oscar-nominated short “Fresh Guacamole,” he says artists can make money on YouTube via ad revenue sharing: “A highly desirable piece of content can bring in money in different ways.”

PES’ latest, “Submarine Sandwich,” attracted 3.5 million views in two-and-a-half months. He funded it through a Nikon sponsorship and a Kickstarter campaign that raised $50,000 in four days.

While it’s not an easy path to success, PES thinks the web’s appeal is growing because the exposure can be so wide. “There are kids who’ve chosen to release films on the Vine platform. They could be 16 years old and have more distribution than the New York Times.”

Siebert agrees. “Every shift in technology and distribution unleashes the forces of creative people in ways that we couldn’t imagine before.”