Eli Roth on Netflix’s ‘Hemlock Grove’ Season 3: ‘It Had Even Me Shocked’ 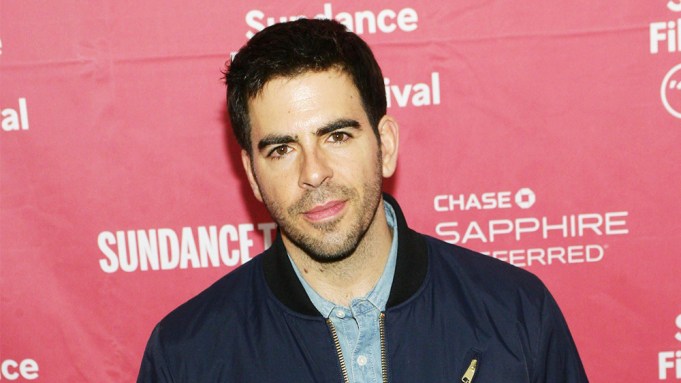 Eli Roth, who’s masterminded some of the grisliest horror films in the biz, isn’t easily taken aback. But he claims the third and final season of gothic horror series “Hemlock Grove” on Netflix included stuff that made his jaw drop.

“It goes in weird directions that had even me shocked,” Roth told Variety. “What’s fun about the show is how off-the-wall nuts and bizarre it is. It’s really fun and twisted and terrific.”

Roth wouldn’t spill any beans ahead of the series finale Thursday night, when all 10 episodes are scheduled to drop on Netflix just after midnight PT. But, he added, “knowing that was our last season gave us a chance to kill off a lot of characters.”

Based on Brian McGreevy’s novel of the same name, “Hemlock Grove” was the first TV production for Roth, who serves as executive producer. “I got really, really lucky to have my first television experience be with Netflix,” he said. “I’m kind of sad it’s coming to an end… But we got three fantastic seasons of the weirdest, craziest, sex-and-violence-filled shows ever and I’m really proud of it.”

As for how Netflix’s binge-release strategy might spoil surprises for fans, given that some will opt to marathon-watch to the finale, Roth said it wasn’t a big deal. “It’s one of those shows where the spoilers don’t ruin it,” he said. “Even when you know what happens, you still have to watch it.”

“Hemlock Grove” centers on strange events and murders in a small Pennsylvania town, which is populated with a range of odd residents and bizarre monsters. The series stars Famke Janssen, Bill Skarsgård, Landon Liboiron and Dougray Scott.

Roth revealed that back in 2011, “Hemlock Grove” had received a pilot commitment from Showtime. But when the team pitched Ted Sarandos on the show, Netflix’s chief content officer immediately said he would order 13 episodes straight to series. “Netflix had sought me out,” Roth said. “They found my films (including ‘Hostel’ and ‘Cabin Fever’) indexed really high on DVD rentals.”

As one of Netflix’s first original series, the company wanted “Hemlock Grove” to look visually impressive. “They gave us a lot of money,” said Roth. He said spending per episode on season 1 was close to his production budget for 2006’s “Hostel,” estimated at $4.8 million. That changed for the next two seasons, as producers looked for ways to cut costs in the VFX-heavy show, he said.

Initially, casting was a challenge. Three years ago, actors and agents didn’t understand Netflix’s originals strategy, Roth recalled. “Everyone said, ‘Why are you doing a show for a DVD rental company?'”

Industry perception changed after Netflix garnered attention with the launch of “House of Cards,” “Orange Is the New Black” and “Hemlock.” “All of a sudden, it was like we were dating the hot girl,” Roth said.

Roth doesn’t have any projects in the pipeline with Netflix currently, but said he would work with the streamer again if the opportunity came up. He said Netflix is “in a very different place” today in terms of the branding of its original productions.

Roth’s favorite moments from “Hemlock Grove” include Liboiron’s transformation into a werewolf (and re-transformation back into a human) and a much-discussed scene in which a vampire hypnotizes a girl who is menstruating “and then goes down on her,” he said. “That’s just so foul.”

“Hemlock Grove” is produced by Gaumont International Television for Netflix. The show was developed by McGreevy and Lee Shipman and is executive produced by Roth, showrunner Charles “Chic” Eglee, McGreevy, Shipman, Eric Newman and Michael Connolly.

Roth hinted that even with the end of “Hemlock Grove’s” run on Netflix, the show might find an afterlife somewhere else. “These horror properties are like zombies,” he said. “They never die.”