Season 3 to launch as 90-minute movie on cable channel, followed by digital and YouTube release 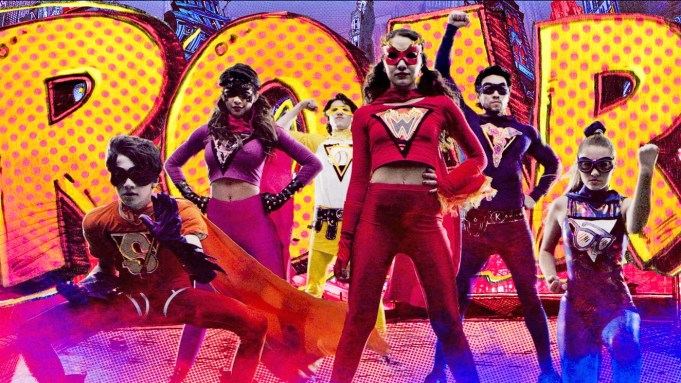 AwesomenessTV has lined up a three-stage release window for teen musical drama “Side Effects” season three, which will debut Friday on NBCUniversal’s E! Entertainment cable net as a 90-minute movie.

E! will air “Side Effects,” which keys off the phenomenon of people posting cover songs on YouTube, on April 17 at 3 p.m. ET. That will be followed by the April 18 digital-download release on Apple’s iTunes, Amazon Instant Video, Google Play, M-Go, Vudu and Microsoft’s Xbox on April 18. The E! broadcast will include previously unreleased content, which will then be posted on AwesomenessTV’s YouTube channel as the series’ third season on April 18.

“Side Effects” tells the story of 16-year-old Whitney Connolly, who is prescribed a medication that comes with an unusual side effect – musical hallucinations – as she struggles with the death of her mother and the sudden disappearance of her father.

“Great content works on any platform and at any length,” said Brian Robbins, founder and CEO of AwesomenessTV. “In this on-demand universe, we want to engage our audience wherever they are.”

“Side Effects,” co-produced by AwesomenessTV and Universal Cable Prods., originally debuted in October 2013 as a longform special on AwesomenessTV’s YouTube channel, where it generated 2.5 million views in its first week. The second season was released in May 2014.

“With its tremendous launch on AwesomenessTV and now its debut on E!, ‘Side Effects’ proves that great content can gain traction in all forms of distribution,” said Aimee Carlson, VP of digital and scripted development at UCP. “As a studio, Universal Cable Productions remains invested in creating this kind of quality content for a variety of platforms.”

Season three of “Side Effects” will be released on AwesomenessTV’s YouTube channel in four episodes beginning April 18, with new episodes each Saturday through May 9.

AwesomenessTV is majority-owned by DreamWorks Animation, which sold a 25% stake in the venture last fall to Hearst. ATV’s businesses include its primary YouTube channel aimed at teens; a multichannel network; DreamWorksTV on YouTube; talent-management division Big Frame; and consumer products, music, publishing, and branded-entertainment divisions. In addition, AwesomenessTV produces TV series and films, including the forthcoming “Smosh: The Movie” and “Expelled”; “Terry the Tomboy” movie on Nickelodeon; and “Richie Rich” on Netflix.