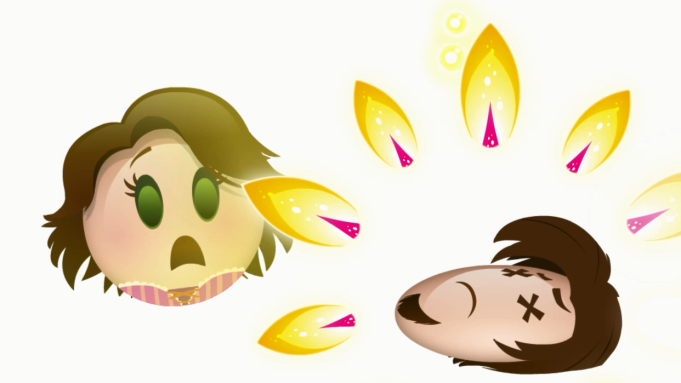 Disney is promoting animated franchise “Tangled” with a new wordless short that recounts the Rapunzel-inspired tale using only emoji-esque characters.

The video is the studio’s second emoji-based video retelling, after it released one for blockbuster “Frozen” in February. Across all platforms, that received more than 10 million views on day of launch and has been watched more than 22 million times to date, per Disney.

The idea is to engage fans in the story in a new way — Disney has generally improved at extending properties across multiple media platforms, along with a history of merchandising, theme-park tie-ins and other offshoots — to sustain or kindle interest all things “Tangled.” The Mouse House is using the new video to plug Disney Channel’s forthcoming animated TV series based on the movie, slated to premiere in 2017 worldwide. (Although of course by then, some in the target demo will have aged out.)

Moreover, Disney, by using an emoji-like ideogrammatic vocabulary, wants to appeal to Generation Zers, who are heavy users of mobile devices and emoji. Another benefit of the approach: Because there’s no dialogue, it more easily transcends borders (like YouTube) without having to be dubbed into multiple languages.

The roughly four-minute “Tangled as Told by Emoji” clip was created by Disney Interactive in collaboration with Walt Disney Animation Studios and “Tangled” producer Roy Conli. Future installments of the emoji series are to include adaptations of “The Lion King” and “Winnie the Pooh.”

Disney also will soon let fans send their own “Tangled” emojis via Disney Gif, a mobile keyboard extension app. The app also includes content from “Frozen,” “Star Wars,” ABC’s “Scandal,” Pixar’s “Inside Out” and other films.