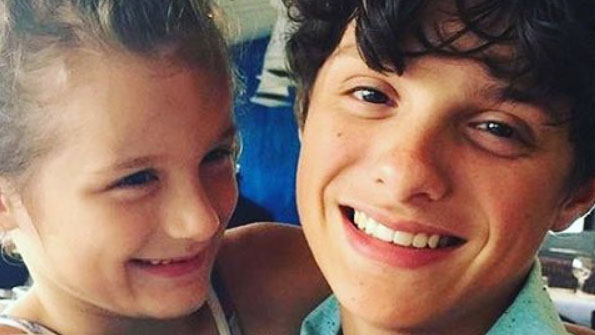 A family that had turned their lives into a popular reality show for digital platforms like YouTube is facing the dilemma of how that show goes on following the sudden death of their 13-year-old son.

The outpouring of grief for a teen known to fans as Caleb Logan Bratayley has barely abated since his mother announced his passing Oct. 2 on Instagram, where over 163,000 comments express their stunned sadness.

She reported he had died the previous evening of “natural causes”; the ambiguity of that explanation has only fueled rumor-mongering all over the Internet as to what specifically could cause an otherwise healthy-looking pre-adolescent to pass away.

That’s part of the challenge facing the Bratayleys, who are seeking privacy for the first time since opening their lives to public consumption since 2010 in daily videos that have amassed over 1 billion views on YouTube alone, according to data from Tubular Labs. Their most popular episode singlehandedly generated over 22 million streams on YouTube.

“We know you tune in to watch every day and eagerly anticipate new videos, but ask that you bear with us while we deal with this tragedy as a family,” wrote his mother, Katie, on Instagram, where their photos reach over 431,000 followers. Bratayley isn’t said to be the family’s real surname and they don’t identify where they live in the U.S.

Maker Studios, the Walt Disney-owned digital-media company that counted Bratayley as one of the thousands of acts it represents online, offered their condolences in a statement. “We are heartbroken at the tragic loss of Caleb from Bratayley, a beloved member of the Maker family. Our love, support, thoughts, and prayers are with the Bratayley family.”

Caleb had just appeared in a video the day before his death, joking around while eating breakfast with his mother and two younger sisters, Annie, 10, and Hayley, 7. In addition to the videos on the main YouTube channel, which contains a text reference to his passing but no new episodes, the children each made appearances on other channels reflecting their interests in hobbies like video games and gymnastics.

But the vacuum of new video or social media posts since the death was announced has been filled by overflowing tributes from fans of all ages in the comments sections across the family’s array of digital accounts. “I’m going off Snapchat and Instagram today because it’s upsetting to be constantly reminded,” wrote a fan named Katelynn on an Instagram account created to honor his memory, branded ‘RIP Caleb’ between crying emojis.

But the grief is also commingling with ceaseless speculation from fans offering theories or claiming inside information about his death. Some have denounced it as a stunt. But a source familiar with the family said no information is available yet regarding the circumstances surrounding the death.

The Bratayleys are one of the more prominent examples of the Internet’s family vlog channels, which feature real-life families that offer up the humor of their everyday existence for entertainment that extends to Facebook, Twitter and even live-streaming apps like Periscope.

While a decidedly digital endeavor, the family-vlog genre blends the wholesome fun of parent-child interactions of TV sitcoms going back to “Leave It to Beaver” with the fly-on-the-wall aesthetic of unscripted fare like “Here Comes Honey Boo-Boo.”

Perhaps the most popular of the family vloggers, Shaytards, have even crossed over into TV, where Shay Carl appears on “America’s Funniest Home Videos.” Another family vlogger, Samuel Rader, made headlines over the summer when his name popped up on the Ashley Madison data hack weeks after a video of him surprising his wife with a home pregnancy test went viral.

The Bratayleys probably aren’t anywhere near rivaling the profits that come to the talent behind TV’s hits, but a mix of advertising revenue, merchandise and other revenue streams like personal appearances are turning amateur digital stars into millionaires. Family vlogs in particular are rife with product integrations in which marketers pay families to demonstrate their new wares.

Disney had just put Caleb to work in August as part of the massive “unboxing” event promoting the release of toys related to the upcoming “Star Wars: The Force Awakens” movie.

Should the Bratayley return to the Internet, they will find themselves in a predicament not unlike many a hit TV show have found themselves in over the years when a cast member dies, which impacts fictional storylines, as ABC dealt with in 2003 when “8 Simple Rules” was interrupted by the death of star John Ritter. But as entertainment about a real-life family, the Bratayleys may have no choice but to acknowledge the passing of their son and figure out how to get their way back to laughter.