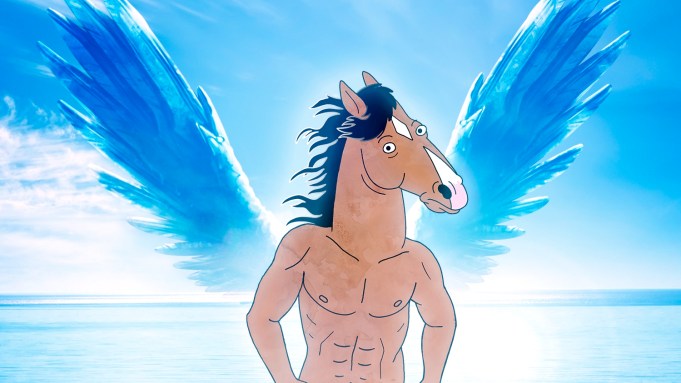 BoJack is back, and he has a BNA — a Brand New Attitude. But will it take?

Netflix released the official trailer for season 2 of “BoJack Horseman,” a dark comedy revolving around an alcoholic, foul-mouthed horse/human voiced by Will Arnett set for release next month. The 12 new episodes of the animated series will hit the service Friday, July 17, in all territories where Netflix is available. The first season launched last August.

“I can change! And I will change!” BoJack screams in the trailer — but it’s not clear he can successfully clean up his act. BoJack, who in the ’90s starred in “Horsin’ Around,” a “Full House”-ish sitcom, hopes to star in his dream movie (a biopic of Secretariat) but he’s still struggling to shake his demons. Season 2 also promises surprise guest stars and a plethora of talking-animal jokes.

“BoJack Horseman” was created by Raphael Bob-Waksberg, who exec produces with Steven A. Cohen, Noel Bright, Arnett and Paul. “BoJack” was designed by graphic artist Lisa Hanawalt and is animated by L.A.-based ShadowMachine. The show is produced by Michael Eisner’s Tornante Co. exclusively for Netflix.

Netflix, in addition to reviving “Arrested Development” in 2013 for a fourth season (and potentially a fifth), has a deal for comedy “Flaked” starring Arnett slated to debut next year. Arnett is repped by WME and Principato-Young.