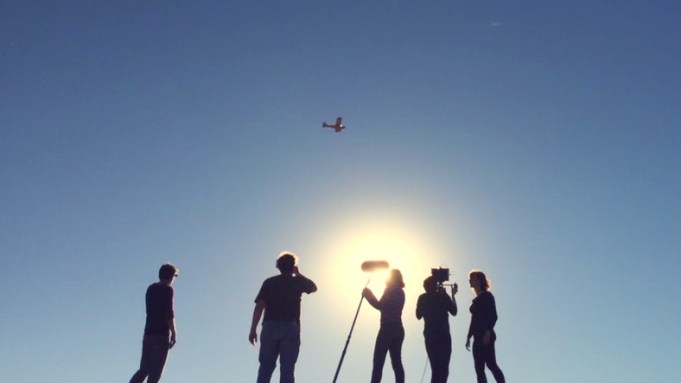 Apple is using the Academy Awards to remind Hollywood that the iPad is a powerful filmmaking tool.

The tech giant enlisted Martin Scorsese for a spot scheduled to run during the Oscar telecast that will feature real-life high-school students using the tablets to shoot and edit their own work.

Apple donated iPads to the Los Angeles County High School for the Arts and filmed a documentary of the students using the devices — not to mention apps and other tools — to make their own movies earlier this month. A link to where the students’ films can be seen in full, along with an exploration of what technology they used to make their work, is teased during the spot.

The commercial is accompanied by a voiceover taken from a speech Scorsese gave at the commencement ceremony for the NYU Tisch School of the Arts regarding creativity.

“Make a Film With iPad” is the latest installment of a marketing campaign Apple has been using to highlight the tablet’s features. This isn’t the first awards show this year that Apple has used to tout the creative prowess of the iPad Air; a music-themed spot, “Change,” was unveiled during the Grammys earlier this month.