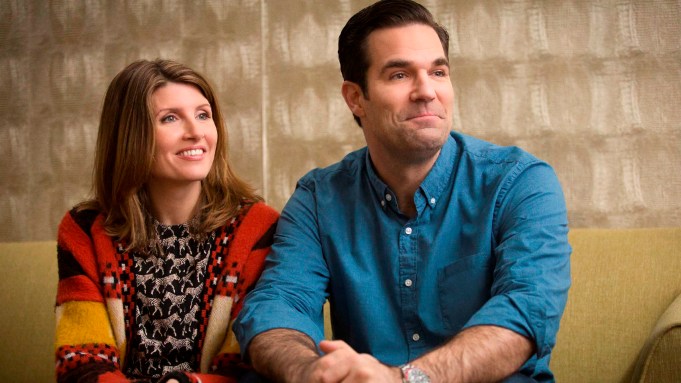 Amazon will premiere season one of “Catastrophe” — a U.K.-produced comedy featuring Rob Delaney and Sharon Horgan — with all six episodes available for streaming Friday, June 19, exclusively to Prime members in the U.S.

The half-hour comedy, set in London, is about Rob, an American man (Delaney, “Key & Peele”) and Sharon, an Irish woman (Horgan, “Pulling”) who struggle to start a relationship after she unexpectedly becomes pregnant. The series was created and written by Delaney and Horgan.

“Catastrophe” will be available in June exclusively for Prime members in the U.S. and will come to Amazon Prime in the U.K. later in 2015.

Amazon announced the licensing deal for “Catastrophe” with Avalon Television in January. The first season aired on the U.K.’s Channel 4 and the series has been renewed for a second season.