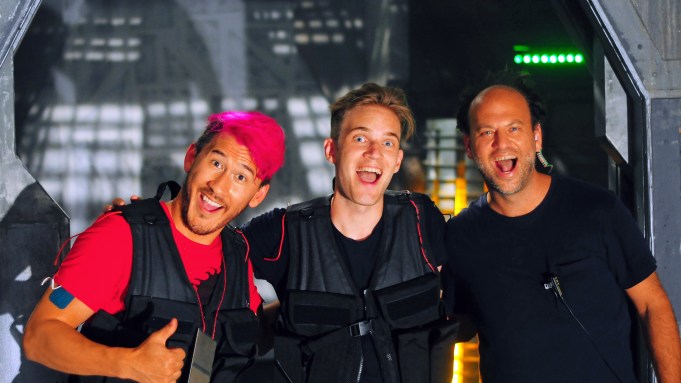 The first clip from the YouTube show “Scare PewDiePie” has been released.

The clip shows PewDiePie being terrorized, while stuck in a metal box, by a man with a scythe before both smoke and then slime begin to fill said box. The YouTuber’s trademark scream is ever-prevalent throughout the clip, and one assumes, the show.

“The show promises a completely authentic experience as Felix goes into every episode without knowing what he’s in for,” YouTube said in a statement.

PewDiePie is YouTube’s biggest name, with more than 40 million subscribers. He’s also fast becoming a household name, having been a guest on “The Late Show With Stephen Colbert” last month.

The show is produced by “The Walking Dead” company Skybound Entertainment and Disney’s Maker Studios.