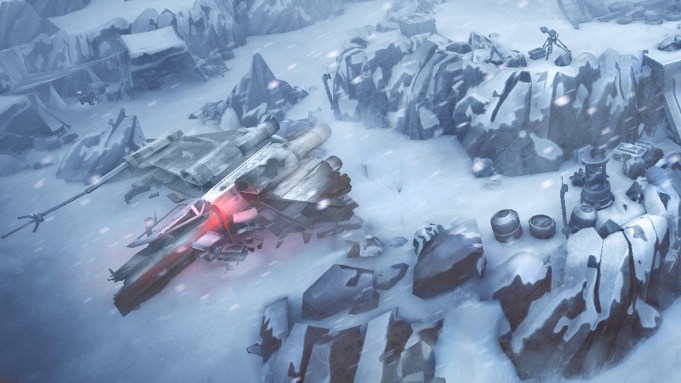 Fans of The Force will soon get be able to get their hands on “Star Wars: Uprising,” a mobile role-playing game that promises to introduce a new chapter in the Star Wars universe.

The game is being developed by game studio Kabam, in collaboration with Disney and Lucasfilm. “Star Wars: Uprising” takes place after “Star Wars: Return of the Jedi” — after the fall of Darth Vader and Emperor Palpatine — and before “Star Wars: The Force Awakens,” the seventh installment of the movie franchise set to hit theaters this December.

The companies said “Star Wars: Uprising” will begin a beta rollout in select territories in the coming weeks, but didn’t set a launch date.

“Star Wars: Uprising” will let players create their own unique characters, go on missions and acquire gear and skills, while amassing crews to join in large-scale, sector-wide battles that will dictate the future of the game universe.

The game covers events in the Anoat Sector, including the ice-planet Hoth and Cloud City, following the Battle of Endor and the death of the Emperor. Players will be able to create their own takes on the next generation of Star Wars heroes: Smuggler, Bounty Hunter, Rebel Guerilla, Diplomat, Gambler — or something altogether different.

At the “Star Wars: Uprising” official website, fans who pre-register can help shape the in-game universe and win exclusive prizes such as a storm trooper helmet by voting for in-game content.

The Kabam RPG Studio in San Francisco is creating the game under the direction of senior VP Aaron Loeb. Kabam has worked with Hollywood studios on other movie-based games, including “Marvel Contest of Champions” based on Marvel’s “Avengers: Age of Ultron.”