Continue to Variety SKIP AD
You will be redirected back to your article in seconds
Jun 23, 2015 1:20pm PT

‘Batman: Arkham Knight’ Promises to Reveal ‘How the Batman Died’ 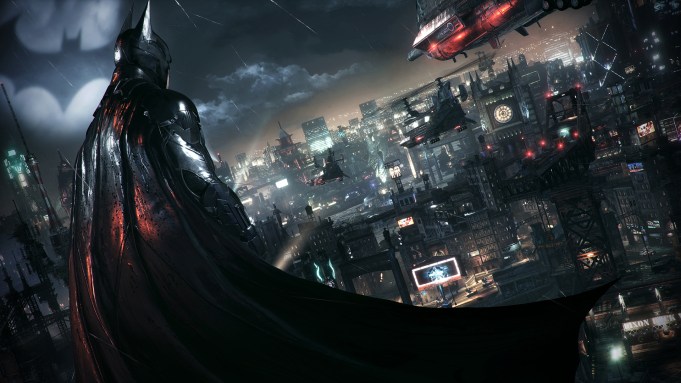 “Batman: Arkham Knight,” the conclusion to the Arkham videogame trilogy, is now available — and it includes a storyline promising to reveal “how the Batman died.”

The game comes from Warner Bros. Interactive Entertainment and DC Entertainment, and was developed by Rocksteady Studios. “Batman: Arkham Knight” is available for Sony PlayStation 4, Microsoft Xbox One and Windows PC, priced at $60 or $40 for the six-month season pass version.

The game features the Arkham Knight, a new and original character in the Batman universe who teams up with supervillain Scarecrow, as well as other foes including Harley Quinn, The Penguin, Two-Face, Firefly and the Riddler. Joining Batman in the ultimate battle for Gotham City are his allies Commissioner Gordon, Oracle, Alfred, Lucius Fox, Catwoman, Robin and Nightwing.

In “Batman: Arkham Knight,” players for the first time in the series will be able to drive a newly introduced Batmobile through Gotham City that’s capable of transforming from high-speed “pursuit mode” to military-grade “battle mode.” In addition, a new “dual-play” feature is available in certain areas of the game to let players switch between The Dark Knight and his fellow heroes, including Robin, Nightwing and Catwoman.

“The Batman: Arkham series is one of Warner Bros.’ most popular and critically acclaimed video game franchises, and with ‘Batman: Arkham Knight,’ we are giving players the game they have always asked for,” said David Haddad, EVP and G.M. of Warner Bros. Interactive Entertainment. “’Batman: Arkham Knight’ is the culmination of Rocksteady Studios’ dedication to deliver both an amazing narrative tale and thrilling gameplay experience from beginning to end.”

“Batman: Arkham Knight” is rated “M” for mature by the Entertainment Software Rating Board.