Another ‘Fallout 4’ Trailer Out Five Days Before Release 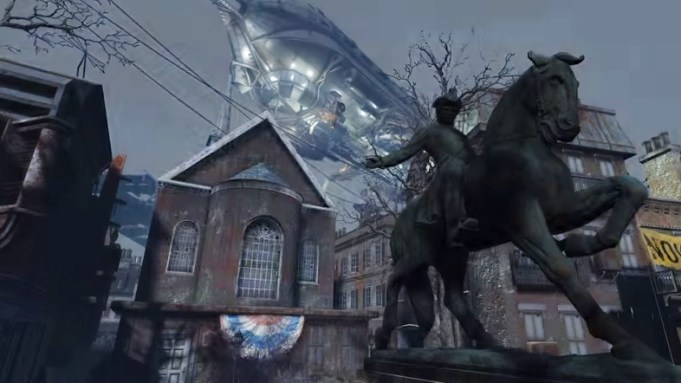 With a mere five days until it’s release, Bethesda has given one last trailer for the hotly anticipated “Fallout 4.”

Taking place in a post-apocalyptic United States, the exact area for this game is the wastelands surrounding Boston, “Fallout 4” allows players to create their own character and explore the wasteland as they see fit.

The trailer offers up glimpses of more mutant and raider shooting gameplay as well as hints at the story behind “Fallout 4,” including mentions to a place called The Institute and growing turmoil between humans and androids called Synths.

With such a long window between games in the franchise, “Fallout: New Vegas” was released in 2010, excitement for the series is at a melting point. The potential for the game is so high that rather than revealing the game during Microsoft or Sony’s E3 press conferences this year, Bethesda held their own conference the day before. The 90-minute conference was almost entirely used to announce “Fallout 4” to a crowd of fans dressed as characters from the game.

Bethesda’s other popular RPG game, “The Elder Scrolls V: Skyrim,” has sold 20 million units since its release in 2011. It wouldn’t be a surprise for a return trip to the wastelands to do just as well.