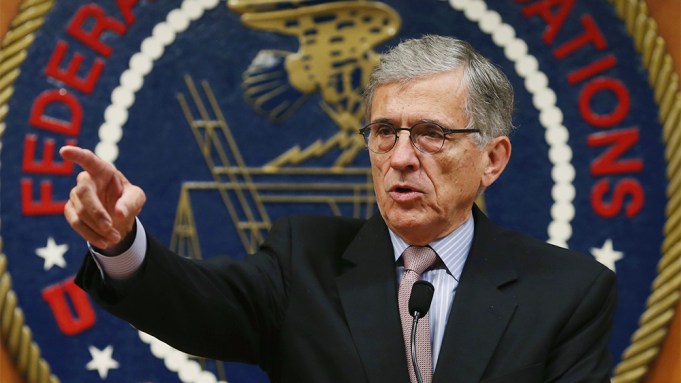 The FCC approved robust rules of the road for the Internet on Thursday, a move that supporters believe will prevent conglomerates from consolidating control over the flow of online content, but that critics characterize as a huge regulatory overreach.

The FCC’s approach is one favored by many public interest groups, Hollywood content creators and a large number of Web companies including Netflix and Twitter: It is reclassifying Internet service as a Title II telecommunications service, a regulatory designation akin to that of a utility.

The move is intended to give the FCC solid authority to impose rules over Internet service. The new rules prohibit ISPs from blocking or throttling content, as well as from collecting payments from content providers for speedier access to their subscribers. The latter has been commonly referred to as the notion that ISPs would eventually create Internet “fast lanes.”

The sharply divided 3-2 vote on Thursday may not spell the end of a decade-long debate over net neutrality but a new period of contentiousness. The FCC’s approach is strongly opposed by cable companies and telcos, which provide wired and wireless Internet service, along with congressional Republicans, who have already launched hearings and inquiries into the FCC’s rulemaking. They say that the reclassification of the Internet will burden the industry with unnecessary regulation.

In unveiling his proposal earlier this month, FCC chairman Tom Wheeler even called them “the strongest open Internet protections ever proposed by the FCC.”

He said that the plan was no more a “secret plan to regulate the Internet,” as some critics have charged, than the First Amendment was an effort to regulate free speech. “Today is a red letter day for Internet freedom,” he said.

The FCC also adopted a “general conduct rule” that will allow the agency to monitor future developments of the Internet.

Although the term “net neutrality” is abstract, its biggest supporters, such as the Writers Guild of America, say the rules were necessary to prevent major media companies from exploiting broadband to their own advantage, like paying huge sums to establish “fast lanes” on the Web to give their TV shows and movies an advantage over smaller sites or independent creators.

At the meeting, Chad Dickerson, CEO of Etsy, testified in favor of the rules, along with Veena Sud, executive producer of “The Killing.” Sud talked of new opportunities for content and for female showrunners with increasing competition from online video, noting how Netflix picked up the series after it was dropped by AMC.

“What you do today is secure the future of the open Internet and make sure all our voices are heard,” she said, warning that major ISPs were already starting to exert their role as gatekeepers to the flow of content online.

The FCC also played a video from Tim Berners-Lee, the inventor of the World Wide Web, endorsing the FCC’s approach.

The FCC’s move has tremendous implications for the future of online video. One of the most vocal of all major companies in favor of net neutrality was Netflix, which urged the agency to impose strong rules and also to extend them to another part of the Internet ecosystem — the connection point where it delivers its streaming content to an ISP for delivery to the consumer.

Netflix had complained that Comcast and Verizon last year forced it to make payments for “interconnection,” refusing to upgrade their systems so that their signal wasn’t degraded when it arrived on a subscriber’s screen. Comcast and other ISPs, however, contend that Netflix has mischaracterized the issue.

Wheeler’s proposal covered those “interconnection” points, allowing companies to file complaints to the agency for review over whether an ISP has engaged in unreasonable practices. But there was last-minute negotiation between other commissioners over the exact language of the rules, with such connection points governed by a provision covering “Internet access services.”

Wheeler has billed his proposal as a “21st century” approach to Title II regulation, as it also restricts the FCC from imposing rate regulation, tariffs or limits on bundling. Wheeler has pointed to other industries, like wireless phone service, where Title II regulation has worked when applied to new technology, even as commissioners Ajit Pai and Michael O’Rielly were skeptical that it won’t lead to some future price regulation. Both voted against the FCC’s action.

In his dissent, Pai accused the FCC of ceding to President Obama’s support for reclassifying the Internet. “We shouldn’t be a rubber stamp to political decisions made by the White House,” he said.

Pai said the action “marks a monumental shift toward government control of the Internet” and predicted it would lead to higher prices for Internet service, slower speeds, less innovations and less choice.

O’Rielly called it a “monumental and unlawful power grab.”

ISPs have hinted at litigation, and in Congress, Republicans introduced their own net neutrality bill last month.

That legislation would also ban ISPs from blocking, throttling and so-called paid prioritization, a turnabout from many GOP lawmakers’ previous positions that such rules were unnecessary. But prospects for the legislation are uncertain as Democrats balk at provisions that also would limit the FCC’s authority, such as in adapting rules to changing technology.

The FCC passed a set of open Internet regulations in 2010 that were weaker — for instance, wireless firms were excluded from an anti-discrimination rule. Although major ISPs like Comcast and AT&T were lukewarm to the rules, they didn’t challenge them. But Verizon did, filing a court challenge to the FCC’s authority.

A federal appeals court sided with Verizon, leaving the onus on the FCC to come up with a new set of guidelines. Wheeler’s initial proposal would have governed an ISP’s treatment of Internet traffic based on whether it was “just and reasonable” — a standard that net neutrality advocates pounced on as being too weak.

After ongoing protests in front of the FCC’s Washington headquarters, as well as a segment on John Oliver’s HBO series “Last Week Tonight,” the wonkish issue broke through D.C. policymaking circles. The FCC was inundated with more than 4 million comments, a record, most of them in favor of the agency imposing strong protections. But the turning point came in November when Obama announced his support for reclassification.

By January, it was clear that Wheeler was changing his direction and pursuing the same approach.

Hollywood studios largely stayed out of this debate — with the MPAA filing just one brief with the FCC urging the agency not to impose its rules on content, which it did not. Other than the Writers Guild of America, Hollywood unions also stayed out of the debate.

Yet the Internet Assn., which represents Google, Twitter, Yahoo and other major Internet companies, say that the new rules will prove important for content creators.

“Small and independent content creators stand to benefit from net neutrality, because the success of a project is dependent on the quality and merit of an idea and not from a paid relationship with broadband gatekeepers,” said spokesman Noah Theran.

Sen. Al Franken (D-Minn.), who has been among the most prominent lawmakers on Capitol Hill pushing for tough rules, suggested in a statement earlier this week that the FCC’s action is to keep the Internet as open as it is. “For decades now, we’ve seen the Internet be an engine for innovation and economic growth,” he said. “And that hasn’t just happened while net neutrality was in place; it’s happened because of net neutrality.”

Commissioner Michael Copps, long an advocate of reclassification of the Internet, said the FCC “enshrined real Open Internet protection for all broadband consumers, including mobile.

“The FCC has never done a better job of serving the public interest,” he said in a statement released after the vote.

Copps attended the hearing along with figures from the tech community and public interest groups, including Steve Wozniak, co-founder of Apple.

John Sununu and Harold Ford Jr., honorary co-chairs of the group Broadband for America, said in a statement that the FCC’s action was “one giant step backwards for America’s broadband networks and everyone else who depends on them. These ‘Title II’ rules go far beyond protecting the Open Internet, launching a costly and destructive era of government micromanagement that will discourage private investment in new networks and slow down the breakneck innovation that is the soul of the Internet today.”

The performance of cable and telecom stocks was mixed in trading on Thursday. To the puzzlement of some analysts, they actually rose after Wheeler announced his proposal earlier this month.

Wheeler’s support of reclassification erases many doubts that public interest advocates had about him when he assumed his role in 2013. He previously led trade groups representing cable companies and wireless companies.

“I have spent a lot of time in public policy, and today is the proudest day of my public policy life,” Wheeler said after the meeting.