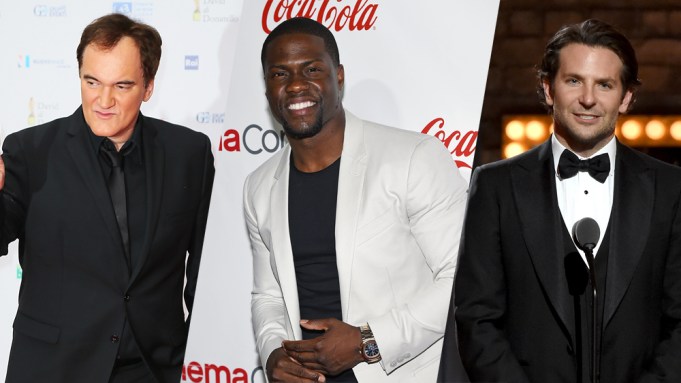 Bradley Cooper, Quentin Tarantino, Kevin Hart and Michael Keaton are among the inductees that will receive stars on the Hollywood Walk of Fame next year.

The Hollywood Walk of Fame Class of 2016 also includes Steve Carell and Kurt Russell in the motion pictures category, while Kathy Bates, Tracy Morgan and Rob Lowe will be honored for their accomplishments in TV.

Although mostly seen on TV these days, LL Cool J and Adam Levine will be feted in the recording category along with fellow musicians Cyndi Lauper and Bruno Mars. Comic-turned-movie star Hart will also be lauded in the live performance group.

Musician and Walk of Famer Dave Koz announced the new honorees alongside Leron Gubler, president and CEO of the Hollywood Chamber of Commerce, and Maureen Schultz, chair of the Walk of Fame selection committee for 2014-2015, at a press conference on Monday.