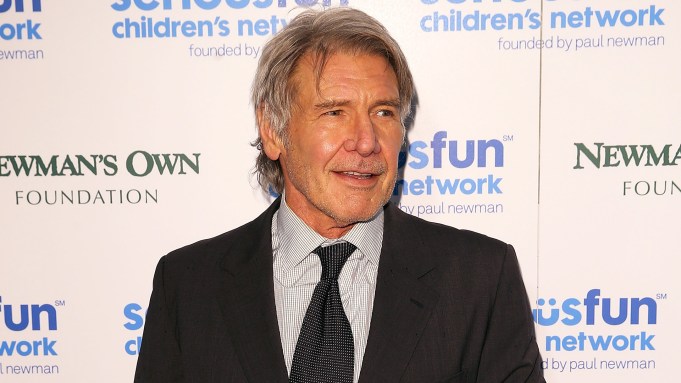 Harrison Ford was hospitalized on Thursday after crash landing a plane in Venice, California.

The 72-year-old actor crash landed on Penmar Golf Course after something went wrong mechanically with the single-engine plane at around 2:25 p.m. He was transferred to UCLA Hospital in Westwood where he was listed in “fair to moderate” condition, according to the Los Angeles Fire Department.

Ford, who suffered multiple lacerations, was the only one aboard the plane that suffered a “medium to high impact” on the 8th hole of the golf course. No one else was injured.

The actor’s son, Ben Ford, tweeted on Thursday from the hospital.

“Dad is ok. Battered, but ok!” he said. “He is every bit the man you would think he is. He is an incredibly strong man.”

Ford’s rep issued a statement on the actor’s condition later on Thursday clarifying that he is expected to make a full recovery.

“Harrison was flying a WW2 vintage plane today which experienced engine failure upon take off,” said the statement. “He had no other choice but to make an emergency landing, which he did safely.  He was banged up and is in the hospital receiving medical care.  The injuries sustained are not life threatening, and he is expected to make a full recovery.”

According to witnesses, Ford was able to walk away from the accident, and was later attended to by two physicians who were on the scene.

That is a definitely a plane in front of the 8th green at Penmar in Venice. Pilot allegedly walked away. Wow. pic.twitter.com/2OXYJOdBu1

“There was blood all over his face,” Howard Tabe, an employee at the Penmar Golf Course, told NBC News. “Two very fine doctors were treating him, taking good care of him. I helped put a blanket under his hip.”

Ford is an avid pilot, with a license to fly helicopters and fixed-wing aircraft, and has crashed in the past.

“Here’s hoping my buddy comes away with just another scar to match his crooked smile,” the Chewbacca actor said. “Speedy Recovery Harrison!”

Ford recently finished shooting “Star Wars: The Force Awakens” at London’s Pinewood Studios. The Disney and LucasFilm sequel, which opens Dec. 18, halted production for  two weeks last summer after Ford broke his leg on set when he was reportedly struck by the door of the Millennium Falcon spaceship. He later underwent surgery and rehab to repair the badly injured leg.

TMZ was the first to report the news about the actor.