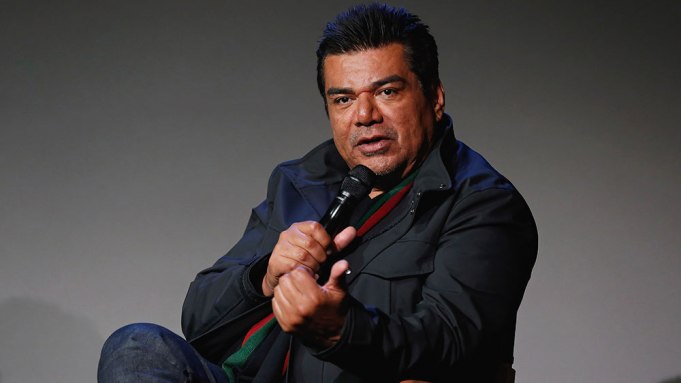 George Lopez and his crowd of fans had no problem voicing their opinions on Donald Trump — and they made those opinions very clear.

During a standup performance in Arizona on Saturday night, Lopez led his audience in a chant against Trump, who has been under fire for controversial comments on immigration.

Led by Lopez, the crowd screamed “F–k that [Spanish slur]” several times, the audience cheering as the chant ended.

“This country is better with Latinos in it,” Lopez said.

In announcing his presidential bid last month, Trump said many immigrants are “rapists” and bringing in drugs, proposing a giant wall be built along the U.S.-Mexican border.

Following his statements and the backlash that accompanied them, both NBC and Univision, which long aired Trump’s Miss USA pageant, cut ties with the media mogul. Macy’s also severed its relationship with Trump.