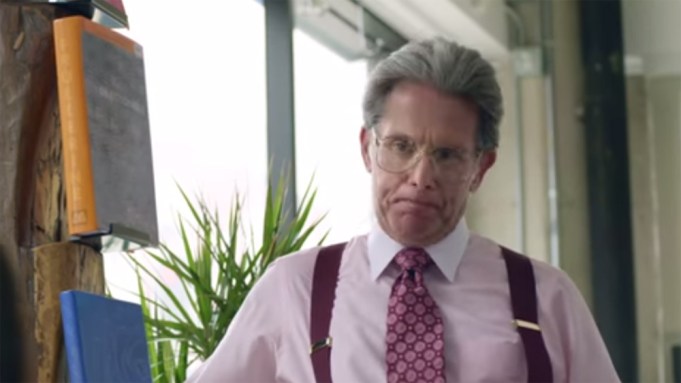 Gary Cole’s Bill Lumbergh, the epitome of the nightmarishly banal manager as seen in the 1999 cult comedy feature “Office Space,” has been resurrected by ad agency Brass Ideas in its campaign for HipChat, a Web-based team communications tool that seeks to revolutionize office work.

Cole, whose “Hmm, yeah, I’m gonna need you to go ahead and come in on Sunday” resonates for anybody who’s ever worked in a dead-end job, has reprised his role as the suspender-wearing, coffee-cup toting bureaucrat obsessed with “TPS reports” in a series of spots as a way of illustrating outmoded ways of doing business vs. HipChat’s streamlined messaging service.

“Lumbergh is the ultimate symbol of being out of touch,” said San Francisco-based Brass Ideas founder Andrew Clarke in a statement. “We’re using the celebrity of his character not only as an attention-getter, but to make a strategic point. That point is if you’re still working the way Bill is, something is very wrong indeed.”

Cynthia Pascoe, VP of global promotions for the consumer products division of 20th Century Fox, which signed off on the use of Cole’s character, added that Cole’s portrayal of Lumbergh “is one of the primary reasons ‘Office Space’ has struck such a chord with fans. We love the humorous nature and spirit of this campaign and feel it echoes the true spirit of the film.”