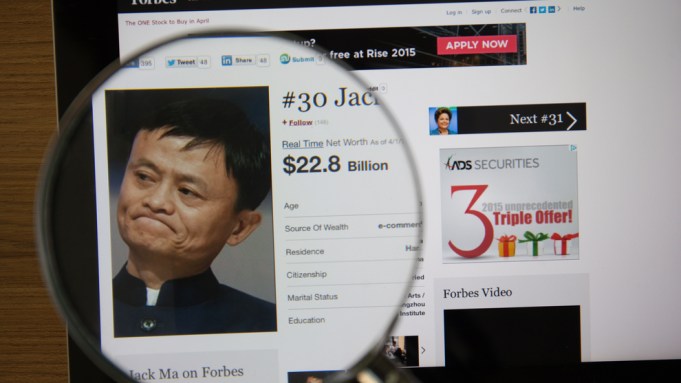 Alibaba chairman Jack Ma is reported to be the buyer of a luxury house in Hong Kong’s exclusive Victoria Peak district that sold this week for HK$1.5 billion (US$193 million).

The house was bought from telecoms magnate, Francis Yu, former deputy chairman of PCCW. Yu bought the place in 2000 for HK$163.5 million ($21.1 million), giving him a more than nine-fold gain in 15 years.

Earlier this week Alibaba, the Chinese e-commerce giant, reported financial figures for the second quarter which disappointed investors and caused the company’s shares to slump. But even after the devaluation of the Chinese currency and the share slide Ma still has a personal net worth in excess of US$20 billion.

In 2007, Ma previously paid HK$282 million ($36.5 million) for another Hong Kong property in Branksome Crest, Mid-Levels, a deal which was then expected to help him gain Hong Kong permanent residency.