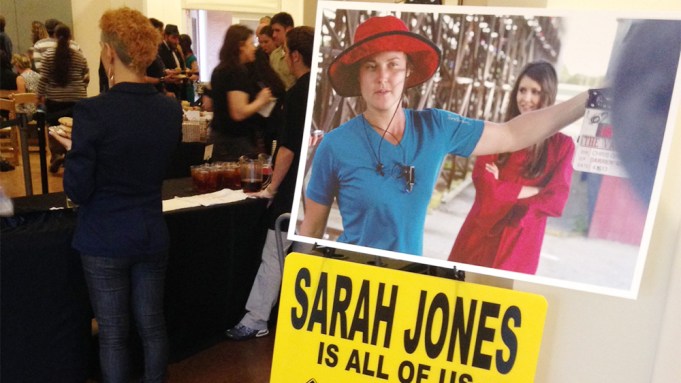 The parents of Sarah Jones, the camera assistant killed a year ago on the “Midnight Rider” set, have launched a new effort to push for safety on sets.

Richard and Elizabeth Jones unveiled a new public service announcement Monday at the Sundance Film Festival and spoke at a panel on film set safety. The new two-minute “Safety for Sarah” PSA includes a call for daily safety meetings and heightened awareness of safety issues.

The PSA, produced by supporters of Jones, directs viewers to PledgetoSarah.org and to download a set safety app.

“It’s time to take a stand,” says David Lynch in the spot. “To make safety a top priority,” says Jack Black. “If you see something, say something,” says Gina Rodriguez.

Jones was killed while she and several other crew members were filming a scene for “Midnight Rider” on railway tracks near Jesup, Ga. The producers did not have a permit to film on the tracks, according to track owner CSX.

News of the new PSA was first reported by Deadline.com.