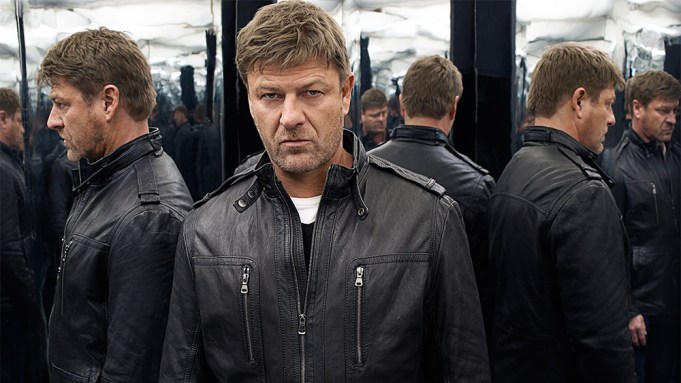 Given how Sean Bean left his last series role, it’s nice to see him in one piece on “Legends,” inasmuch as he’s the principal asset barely lifting this TNT drama above its familiar moorings. Developed by “24” and “Homeland” producer Howard Gordon, the series about a deep-cover operative is adapted from Robert Littell’s novel, but probably owes a more sizable debt in TV terms to “Wiseguy,” a late-’80s artifact that felt very much ahead of its time. “Legends,” by contrast, is rooted in its “Blacklist”-informed present, trying — and not fully succeeding – to infuse a cop procedural with a deeper mythological spine.

Bean is smartly introduced in the midst of an undercover plot, having infiltrated a group of domestic terrorists. He disappears into his alter ego, from the accent (complete with stammer) to a fluency in the fictional character’s history that comes in handy when pressed by the bad guys to prove himself.

Like most paladins of this trade, Bean’s Martin Odum is something of a loner, but he’s still part of a crack team headed by Crystal McGuire (“Heroes’” Ali Larter), who, in addition to being the boss, can convincingly go undercover as a stripper if the need arises. The producers being no fools, it does.

Their boss, meanwhile, is played by the always-welcome Steve Harris, while Tina Majorino pops up as one of those tech-savvy newbies who can cobble together an online profile in a matter of moments — Martin’s Chloe O’Brian, as it were, when he’s in the field.

To its credit, “Legends” goes a bit beyond the expected stings, as a shadowy figure prompts Martin to doubt everything he knows and question whom he can trust.

For the most part, though, almost everything here feels culled from earlier variations on this theme, including Martin’s estranged wife (Amber Valletta), the adoring young kid (Mason Cook) he can never find enough time to visit, and the psychological toll exacted by leading such a double life.

Bean is a compelling presence, and the second episode also introduces Morris Chestnut as an FBI agent who crosses his path, adding to the solid cast. (That hour finds Chechen terrorists driving the plot, continuing the renewed popularity of thugs from that part of the world as go-to heavies.)

Ultimately, “Legends” (a name derived from code for deep-cover agents) will hinge on how much people enjoy watching Bean inhabit these characters, the escape into such disguises being one of those fun-for-actors toys. But while Martin fights a noble battle to keep the world safe and unearth secrets about his past, the series is waging a more mundane struggle that pits its slickness against a lack of originality.

So far, it’s not bad. But in the context of today’s raised bar for dramas, it’s not remotely legendary.