Continue to Variety SKIP AD
You will be redirected back to your article in seconds
Aug 19, 2014 10:48am PT

Syfy Releases ‘Z Nation’ Trailer, Can It Compete with ‘The Walking Dead’? 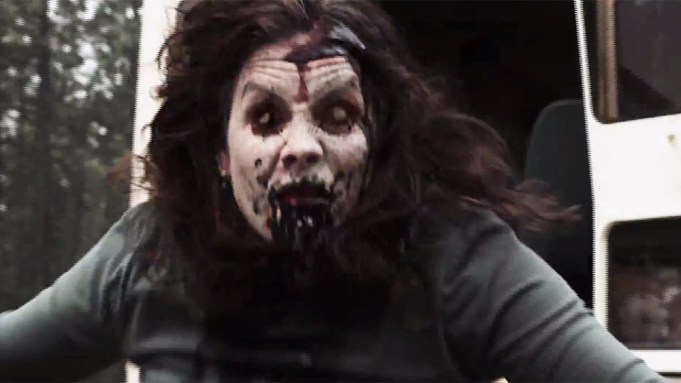 Syfy has released the trailer for its new zombie series, “Z Nation,” which offers a new take on the popular zombie-thriller theme.

“Z Nation” follows a group of everyday heroes in their attempt to move the only known survivor of the zombie virus across the country to where a lab waits for his blood. Things are not as easy as the team would hope, as the band struggles across post-apocalyptic America while the survivor carries a dark secret.

From “Sharknado” production company The Asylum, the series stars Harold Perrineau, Tom Everett Scott, DJ Qualls, Michael Welch and Kellita Smith. Karl Schaefer will serve as executive producer and showrunner for “Z Nation,” with John Hyams on board to direct the pilot.

While rival networks are clamoring for a zombie thriller to compete with the runaway success of AMC’s “The Walking Dead,” a fresh spin on the concept has yet to go the distance. Amazon attempted to adapt breakout pic “Zombieland” during its first batch of pilots, but the show didn’t make it to series. At midseason, The CW will launch “iZombie” from “Veronica Mars” creator Rob Thomas, which features an undead heroine who works at the Seattle coroner’s office to feed her craving for grey matter.