Watch: ‘Simpsons’ Season 26 Premiere Offers One of the Craziest Couch Gags Yet 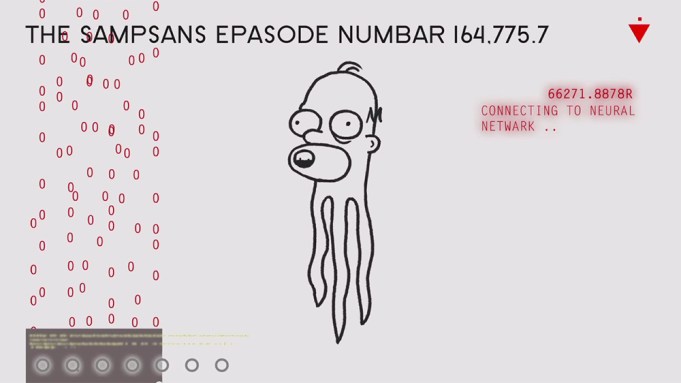 “The Simpsons” viewers were exposed to a thought-provoking couch gag on Sunday night.

The gag, which was created by Don Hertzfeldt, created buzz after its debut on the show’s 26th season opener for more than just its long running time.

The viewer watches Homer sitting on his couch, holding a contraption that looks like a remote. While clicking through the channels, Homer watches as the TV channels go back to the 1980s and he is transformed into his original iterations. After he accidentally fast-fowards far into the future, Homer enters an alternative universe where a figure with Marge’s voice yells, “I am Simpson.”

Hertzfeldt and his unique creations are not new to the limelight. In 2001, Hertzfeldt earned an Oscar nom for his animated short “Rejected.” It has since attracted a cult following, racking up more than 8 million views on YouTube since 2007.

“The Simpsons” air Sundays on FOX.