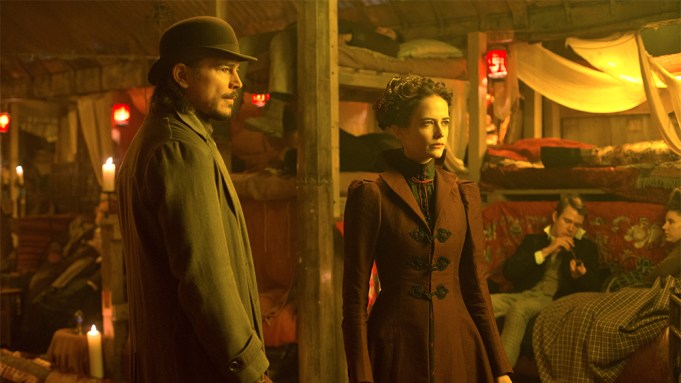 With quick scenes of the cast, a bloody symbol and a hand reaching from a bathtub, she explains, “The time came when I learned the curse was also something of a blessing. I’d learned to make use of the gifts I had been given. Will you do the same?”

Earlier this year, creator John Logan revealed at a Comic-Con Q&A panel that the “Penny Dreadful” villain for season two will be a familiar face.

The ten-episode season returns in 2015.