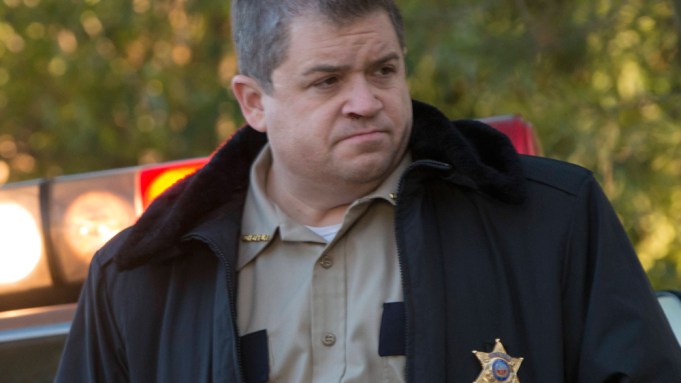 Following in the footsteps of Joel McHale and Jim Rash, and Jimmy Kimmel and Seth Rogen, Patton Oswalt has made his own parody of HBO’s “True Detective.” The spoof, in which the comedian plays Matthew McConaughey’s pony-tailed and mustachioed Detective Rust Cohle, doubles as a promo for his upcoming Comedy Central special, “Tragedy Plus Comedy Equals Time.”

Oswalt is clearly a fan of the show as he’s been tweeting about the crime series since its January premiere. He’s even spotted and shared clues about the Yellow King.

In the hilarious recreation of McConaughey’s interrogation scene from the show (complete with a “Big Hug Mug,” cigarettes and Lone Star cans), Oswalt uses his best Southern twang as he philosophizes about time, comedy, children’s TV shows and everything in between.

“Is the Yellow King my Xbox nickname?” he wonders aloud. “I don’t know.”

He also posits that the world is five-dimensional instead of three.

His stand-up special “Tragedy Plus Comedy Equals Time” will premiere on Comedy Central on April 6 at 10 p.m.