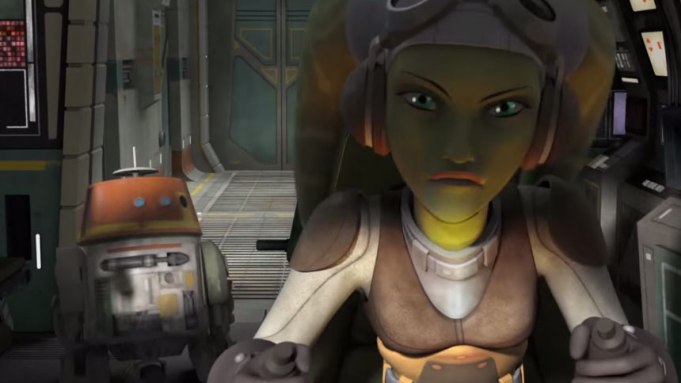 The nearly one-minute clip shows Hera, voiced by Vanessa Marshall, who opens the video, flying a starship against two TIE fighters. It also features Chopper, and viewers get to see how the two interact with each other. Both are newcomers to the franchise.

Disney released the clip as part of the show’s panel at WonderCon, where they also revealed that “Star Wars: The Clone Wars” composer Kevin Kiner would be returning for “Rebels.”

“Star Wars Rebels” will makes its hourlong debut on the Disney Channel in the fall. After that, it will have its run as a series on Disney XD.