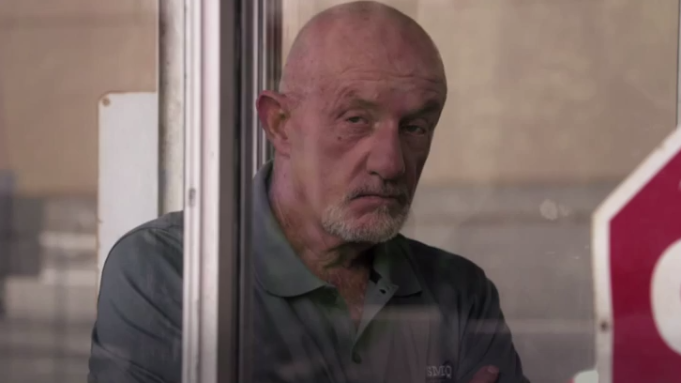 Did you miss Mike Ehrmantraut? Then the new clip from “Better Call Saul” should make you happy.

AMC unveiled the one-minute clip during the mid-season finale of “The Walking Dead” on Sunday, showing Bob Odenkirk’s Saul Goodman arguing over parking with Jonathan Banks’ character. The situation escalates, and Banks reminds everyone that Mike is not one to be messed with.

AMC has gradually been unveiling little sneak peaks that started with mere 10-second teasers and moved up to music video unveiled in October. The show will follow Odenkirk’s Goodman before his days as Walter White’s lawyer. Other than that and the inclusion of Banks as Mike, few plot details have been revealed.

The “Breaking Bad” spinoff has a two-night debut starting Feb. 8.