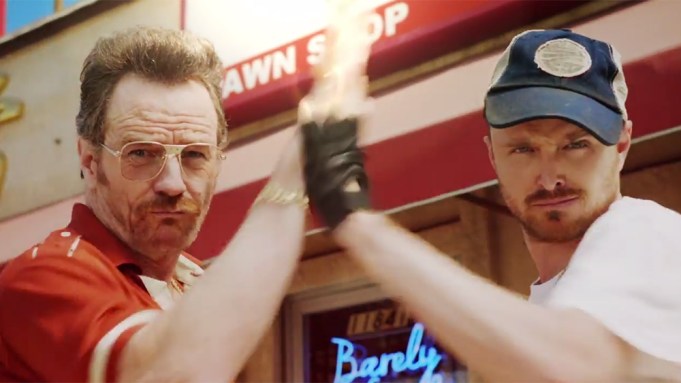 In it, Julia Louis-Dreyfus tries to pawn one of her Emmys to the clueless owners of the Barely Legal Pawn shop, played by Bryan Cranston and Aaron Paul.

There are jokes about the varying merits of supporting verus leading roles, cable and network television money and comedy verus drama prestige, not to mention the several “Breaking Bad” references in the six-minute clip.

As the Emmy’s official automotive sponsor, Audi of America produced the video with PMK-BNC to promote the carmaker’s 2015 S3 sedan.