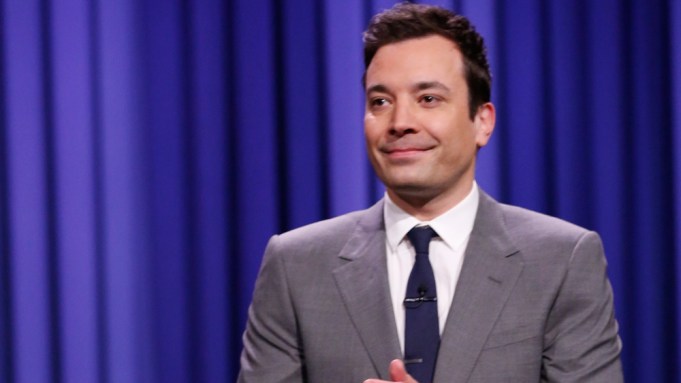 If he hadn’t already replaced Jay Leno on “The Tonight Show,” Jimmy Fallon would have been a shoe-in for David Letterman’s seat at CBS’s “Late Show.” He’s already mastered one of Letterman’s most popular segments.

“I love David Letterman, obviously,” Fallon said. “I used to take the train from college down to New York City to go see him at the ‘Late Show.'”

Fallon also revealed that he “got the bug” to host after stepping in for Letterman when he had shingles.

“It’s hard to imagine late-night TV without him, ’cause he revolutionized it,” Fallon said before revealing his top 10 reasons why Letterman, who he described as a “hall of famer” and “one in a million,” is retiring.