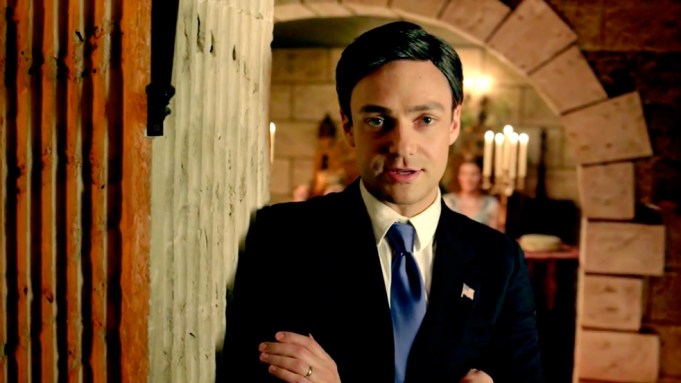 While the Starks, Baratheons, Lannisters and Targaryens duke it out for the throne, it turns out none of those families will win the Game.

In a shocking twist, a new video by Quiznos’ ToastyTV reveals that it’s actually “House of Cards'” Frank Underwood who could take all of Westeros. The “House of Thrones” parody stars Ross Marquand as Underwood, who takes down each family one by one using the same conniving power plays and wit that fans of the Netflix series have grown to love to hate.

As he goes after each family, the new Underwood leaves nothing to chance, even setting his eyes on Tyrion Lannister.

“Now Tyrion is not in line for the throne, but to leave him out of the equation would be extremely short-sighted,” Underwood says in one of his classic monologues. “Then again, if I were to pick on him too much that would make me … half a man.”

Remember, there is but one rule: Hunt or be hunted.