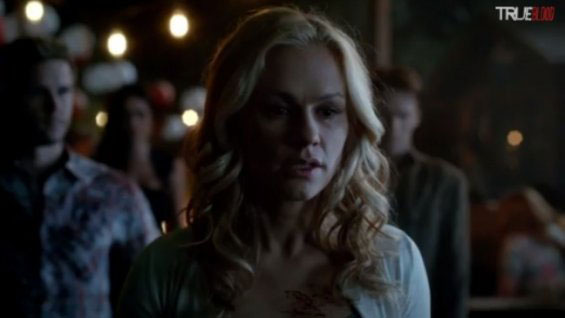 Bon Temps is in trouble, to say the least.

The first full trailer for the final season of the vampire drama debuted on HBO before the airing of “Fast & Furious 6,” and it shows plenty more action that the previous 30-second teaser. The show’s swan song finds Bon Temps at the mercy of zombie-like Hep-V vampire, and many point the finger at Sookie Stackhouse (Anna Paquin) for the horror that’s befallen the town.

“They’re coming for every goddamn human in this town,” warns Sookie.

The soundtrack of The Wright Brothers’ “Blood on my Name” amplifies the drama and action. The trailer incorporates a little nostalgia, showing the scene when Sookie first met Bill in Merlott’s.

The ten-episode seventh and final season of “True Blood” kicks off June 22.