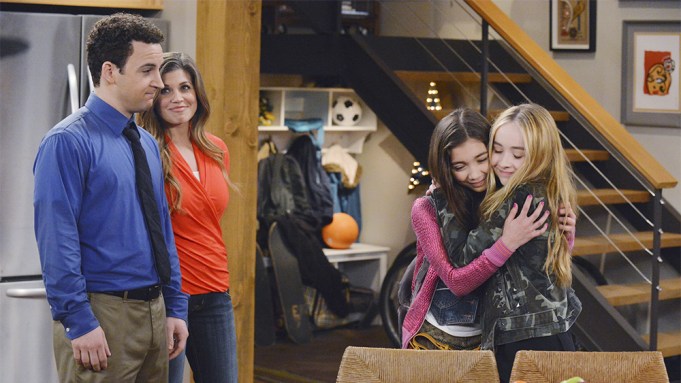 The ’90s were all about Zack and Kelly and Cory and Topanga, but 2014 will be about Riley and her foray into the “world.”

Disney has released its first official look at the highly anticipated sequel series, and “Boy Meets World” fans see some familiar faces. The 30-second clip shows iconic couple Cory (Ben Savage) and Topanga’s (Danielle Fishel) daughter, Riley (Rowan Blanchard), trying to sneak out of her New York City window with a friend. Just like Cory’s father used to do, Cory foils their plan by sneaking into her room the same way she tried to exit.

Cory tries to explain that his daughter needs to make the world her own, but she’s worried she’ll have to do it alone. She asks, “When I do, will you still be there for me?”

Like a good mom, Topanga finally enters the scene and says “Right here.”