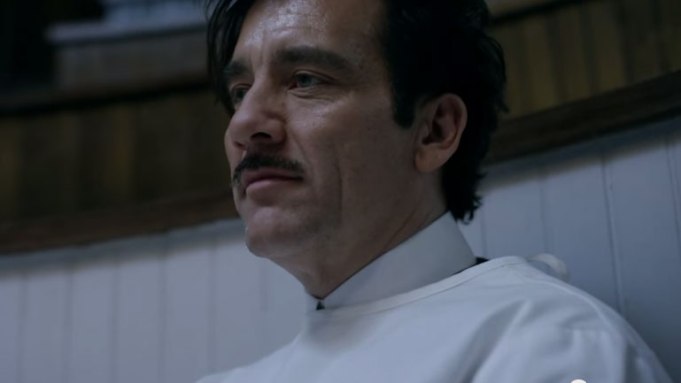 “Game of Thrones” may be over for the season, but the summer will have no shortage of bloody scripted TV. The Steven Soderbergh-directed Cinemax drama “The Knick,” for which the trailer dropped Tuesday, is one such show that will contribute to the trend.

Clive Owen stars as Dr. John W. Thackery in the show that follows the doctors, nurses and staff of the Knickerbocker Hospital in downtown New York in 1900 as they push the boundaries of medicine. However, what was then modern medicine is a lot different than what we know today — the morality rates are higher, and there seems to be a lot more blood.

“With every blow I mend, every extra year I give to a patient, I know that at the very least, something has been won,” Owen’s voiceover says in the trailer.

With a similar dark tone to Showtime’s new “Penny Dreadful,” the trailer features edgy acts that are only suitable for a premium cabler. Cinemax gave a first look at the medical drama in April, when it released a short teaser.