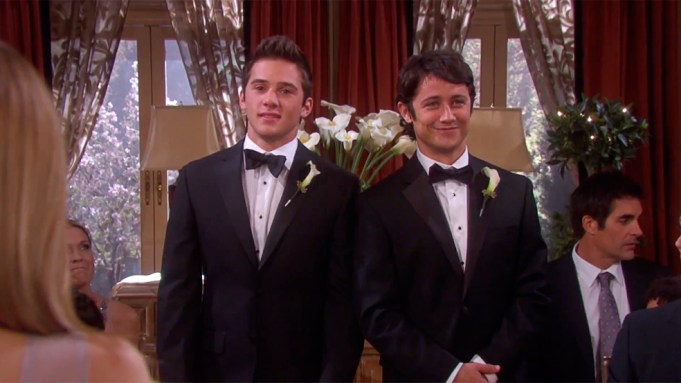 The NBC soap “Days of Our Lives” is no stranger to making TV history.

In another daytime TV milestone, the long-running drama will air this week the first same-sex wedding between two men. Beginning on Tuesday, Will Horton (played by Guy Wilson) and Sonny Kiriakis (Freddie Smith) will tie the knot during three consecutive episodes. Dr. Marlena Evans Black (Deidre Hall) will officiate.

“Days” began its first gay storyline when Smith joined the show in 2011. Will’s role was originally played by Chandler Massey. He was replaced by Wilson last year. The couple got engaged during this year’s Valentine’s Day episode.

However, this isn’t the first same-sex wedding in daytime. ABC’s “All My Children” achieved that in 2009 with Eden (Bianca Montgomery) and Tamara’s (Reese Williams) lesbian wedding.

Above is a preview of the groundbreaking episode.