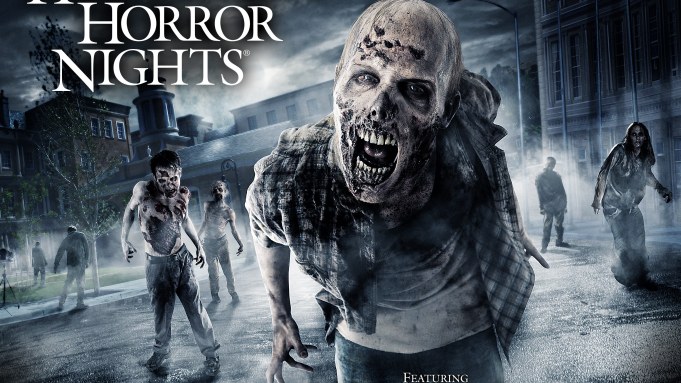 You can’t keep a good zombie down.

New mazes will be inspired by the show’s fourth season and send guests fleeing from the the West Georgia Correctional Facility, now overrun by savage walkers.

“The Walking Dead” is based on the graphic novel written by Robert Kirkman and published by Image Comics. The series’ fifth season begins in October.

“This has been an incredible collaboration and I am thrilled to be working once again with the creative teams at Universal Orlando and Universal Studios Hollywood to bring the world of ‘The Walking Dead’ to our dedicated fans,” said Greg Nicotero, executive producer and special effect makeup supervisor for the series.  “I can’t wait for visitors to experience first-hand some of the iconic moments from Season 4 in what will be the biggest, most exciting and frightening ‘Walking Dead’ maze to date.”