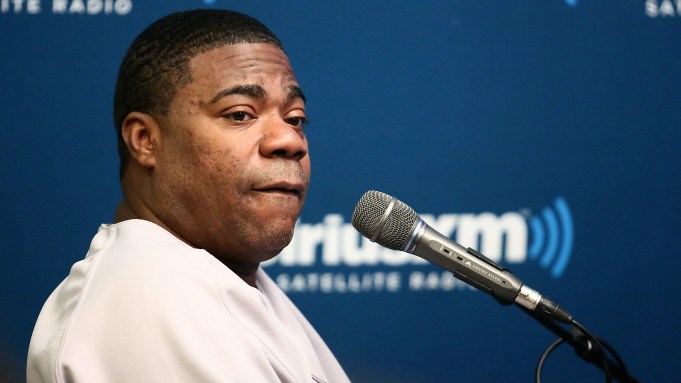 Tracy Morgan is in fair condition after the car accident that left him in critical, according to a statement from his rep Lewis Kay, issued late Monday.

“Happy to pass along that Tracy has been upgraded to fair condition, which is a great improvement,” the statement reads. “His personality is certainly starting to come back as well.”

According to the statement, Jeff Millea, Morgan’s 36-year-old assistant who was also in critical condition after the crash, has been upgraded to fair condition as well.

The last update on Morgan’s condition came last week, when it was reported that he was improving. His rep said that the medical team remained optimistic about his condition.

Early on June 7, a truck, driven by Kevin Roper, struck the limo carrying the “30 Rock” star, Millea and several others in New Jersey on the way back from one of Morgan’s standup comedy dates. Seven people were in the limo — Morgan, Millea and two others were injured, and comedian Jimmy McNair was killed.

Roper was dozing as he drove a Walmart truck and failed to notice slow traffic ahead, according to police. He struck the limo from behind, causing it to lose control and overturn.

Roper has been charged with vehicular homicide and assault by auto. He pleaded not guilty to the charges during an arraignment last week. If convicted on all charges, he reportedly faces 15 years in prison.

Morgan’s injuries following the accident include a broken nose, broken femur and broken ribs, and he was hospitalized at the Robert Wood Johnson University Hospital in New Brunswick, N.J. He had surgery for a broken leg the day after the crash. The comedian’s family denied rumors that surfaced a few days after the accident that he needed to have his leg amputated.

Concern for the others involved in the crash have also risen. Footage of the horrific crash scene surfaced on TMZ, which allegedly shows comedian Ardie Fuqua being hauled out of the wreckage and laid on the freeway unconscious. Louis C.K. took to Twitter to demand that the video be taken down, citing concern for Fuqua’s daughter.

TMZ has still not taken the video down.

Questions were also raised about the status of Morgan’s upcoming untitled FXX series. The cabler, however, announced that they’re keeping the project in its slate.