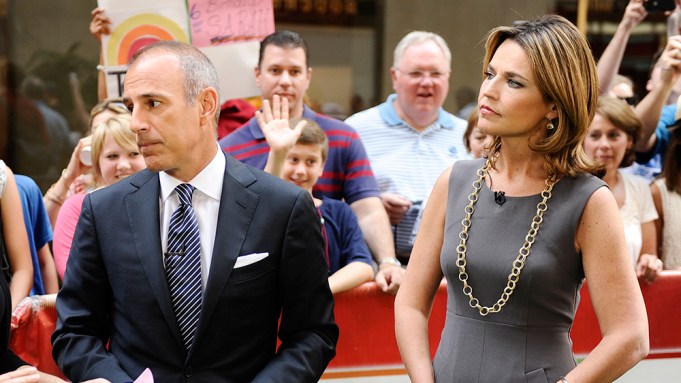 One of the top stories on NBC’s “Today” this morning was a story about “Today” itself: After five months of segments about changing diapers, blog posts about the ups and downs of pregnancy and even an on-air baby shower, co-host Savannah Guthrie has given birth to a new daughter, Vale.

The baby was born early Wednesday, weighing 8 pounds and 5 ounces, the show announced in a statement.

Matt Lauer, the veteran “Today” host who in a recent interview with Variety cited Guthrie’s elevation to co-host in 2012 as one of the main reasons why he decided to sign for a new term with the program this year, announced details during the program. According to Lauer, he had been texting with Guthrie when communication ceased. After asking if everything was all right, he received a picture of a baby’s foot.

Guthrie’s pregnancy was announced earlier on the show, via video taken from her recent wedding. The event has helped “Today” create a larger sense of family among its on-air hosts and coincides with some recent gains made in the demographic advertisers of news programming cover, people between 25 and 54. ABC’s “Good Morning America, which wrested first-place from “Today” in 2012, continues to lead in both that demo as well as overall viewers.