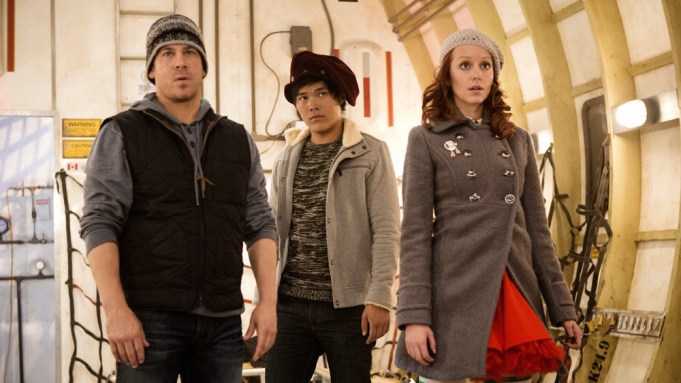 Santa is real! Just not how you may imagine.

The Librarians have already tackled a Minotaur, conquered the labyrinth, solved the puzzle of the sword in the stone, and won the first battle with the villainous Serpent Brotherhood, but in Sunday’s episode the Librarians-In-Training will deal with more of a festive matter.

In “And Santa’s Midnight Run,” the Librarians learn that there’s a little bit of a different meaning to the story of Christmas – and Cassandra is very excited.

When the Serpent Brotherhood, last seen trying to unleash the world’s magic, makes an attempt to kill Santa, the Librarians set out on a mission to rescue him and accomplish the true purpose of Christmas – to restore the world’s goodwill.