Watch: ‘Star Wars Rebels’ Gets a Visit from Yoda 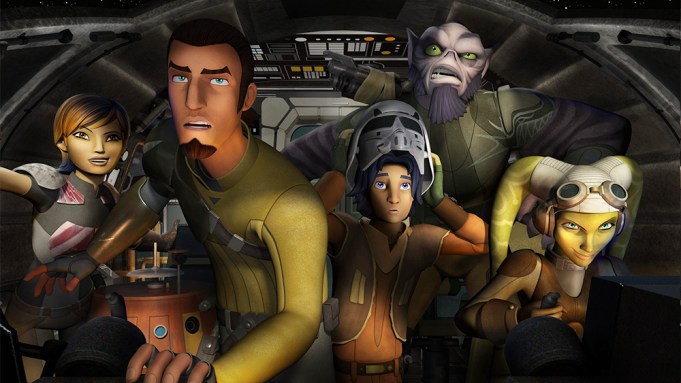 Disney XD’s “Star Wars Rebels” is bringing back a familiar voice for its Jan. 5 return: beloved Jedi Master Yoda (Frank Oz), who escaped the Jedi purge and fled to Dagobah following Anakin Skywalker’s betrayal and the fall of the Republic in “Episode III: Revenge of the Sith.”

“Rebels” is designed to bridge the gap between “Episode III” and “Episode IV: A New Hope,” introducing a host of new characters to the iconic sci-fi franchise, including Kanan Jarrus (Freddie Prinze Jr.), one of the last surviving Jedi Knights, and his new apprentice, Ezra Bridger (Taylor Gray). In a newly released sneak peek, we see that while Yoda may be in exile, the Jedi Master’s power hasn’t diminished.

Oz isn’t the only “Star Wars” alum to have reprised his big screen role on “Rebels” — James Earl Jones previously made a return as Darth Vader, as did Anthony Daniels as C-3P0.