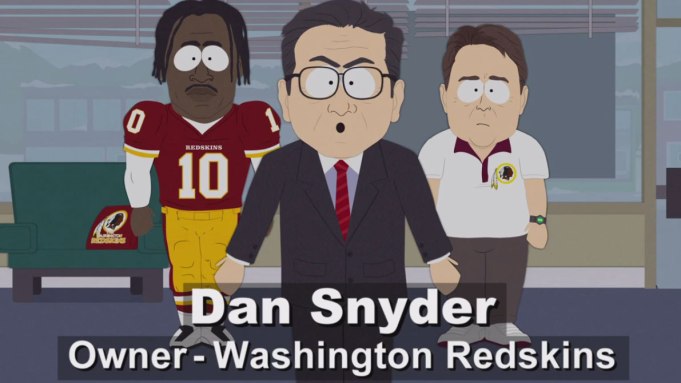 The NFL has been the target of massive public scrutiny as of late, and now it looks like Matt Stone and Trey Parker are zeroing in on the Washington Redskins name controversy.

“When I named my company Washington Redskins, it was out of deep appreciation for your team and your people,”says Cartman in the teaser.

In July, a U.S. patent office ruled the Redskins name “disparaging to Native Americans,” and the NFL team was stripped of its trademark of the name — leaving it free for Cartman to jump on.

Season 18 of “South Park” will premiere on Comedy Central on Wednesday at 10 p.m. ET.