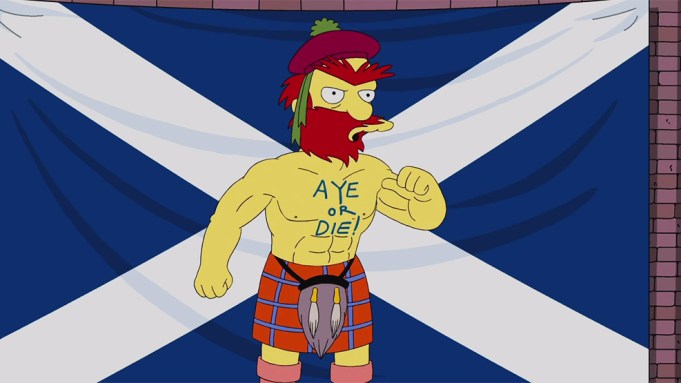 In light of the upcoming vote on Scottish independence, “The Simpsons” has released a video featuring noted Scot Groundskeeper Willie sharing his views on the issue. Perhaps unsurprisingly, Willie — who is voiced by Dan Castellaneta — and his “AYE OR DIE” birthmark lean toward independence.

This is not the first time the Fox animated series has ventured into political and social debates. It has produced episodes on hot-button issues like gay rights and immigration. A season nine episode that deals with patriarch Homer’s purchase of a gun allows the show to depict arguments for both sides of the gun rights debate: