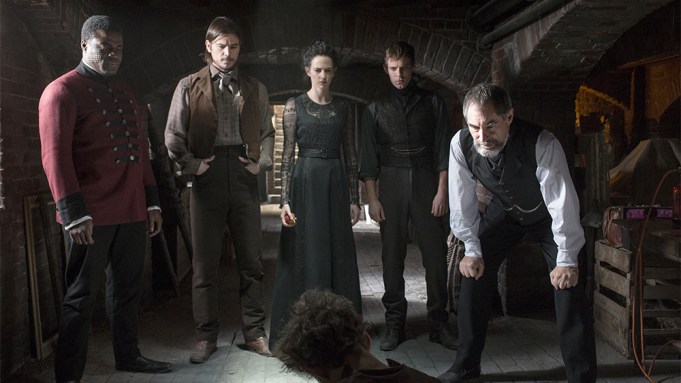 Those who want to watch “Penny Dreadful” but aren’t Showtime subscribers are in luck today — the premium cable channel has provided several free ways, including YouTube, to watch the show’s premiere episode two weeks before it debuts on TV.

Showtime posted the nearly hourlong premiere on YouTube, but that’s not the only free way to watch. It’s also on Showtime’s website, accessible even by non-subscribers, and is available on various platforms via the Showtime Anytime app.

Premium cable channels making select episodes of original series available on YouTube for free is becoming more and more common. However, HBO typically posts episodes — such as the Sunday premiere of John Oliver’s “Last Week Tonight,” put on YouTube on Monday — the day after it debuts.

Showtime, like HBO has done, has disabled embedding, so click on the link on the video above to watch. “Penny Dreadful” officially premieres on May 11 and stars Josh Hartnett, Eva Green and Timothy Dalton.