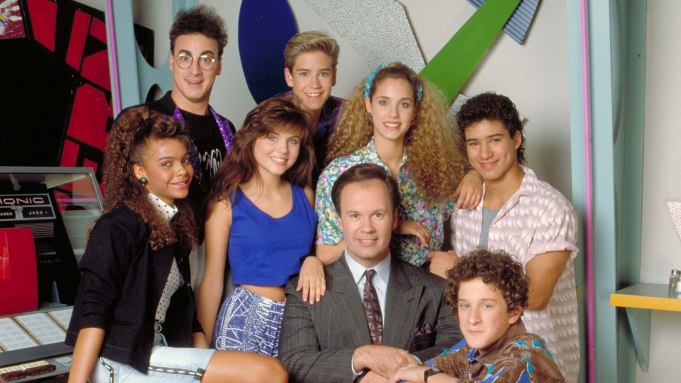 Despite a strong effort on Lifetime exec VP and g.m. Robert Sharenow’s part to elevate and rebrand the network’s television movies and miniseries, it appears that the upcoming “The Unauthorized Saved by the Bell Story” will be just the right touch of campy goodness that would put it in line with the Lifetime movies that aired during that teen sudser’s run from 1989 to 93.

Set to the beat of Bell Biv DeVoe’s “Poison,” the telepic’s trailer teases onset battles for attention and affection between the actors playing the Bayside High teens (spoiler: Elizabeth Berkley appears to be the sane one).

“The Unauthorized Saved by the Bell Story” is produced by Front Street Pictures and Ringaling Productions Ltd. for broadcast on Lifetime. Exec producers are Harvey Kahn (“Flowers in the Attic”) and Stephen Bulka (“Dear Mom, Love Cher”). The film is directed by Jason Lapeyre (“Restless Virgins”) and the teleplay is written by Ron McGee (“The Nine Lives of Chole King”).