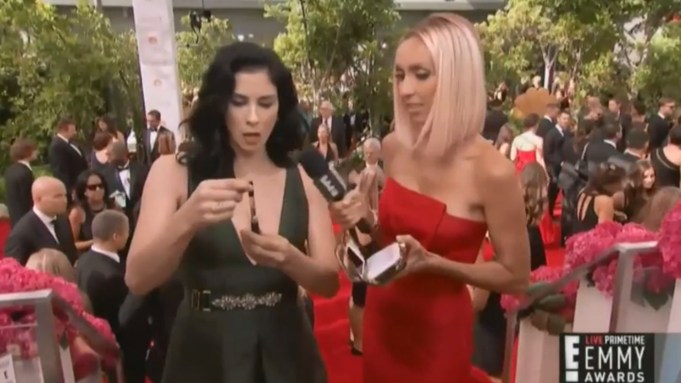 Prior to her surprise Emmy win on Monday night, Sarah Silverman made another contribution to this year’s Emmy’s carpet when she side-stepped Giuliana Rancic’s mani-cam during an awkward interview and ultimately revealed a vaporizer pen for smoking marijuana.

She told an NBC reporter that it contained liquid pot.

Silverman has long been open about her affection for getting high. During the intro to the nominated show, HBO special “We Are Miracles,” she smokes a joint outside an L.A. comedy club.

She said in a live interview last year, “I have very few vivid memories because I smoke a lot of pot.”