‘Revenge’ Season 4 Trailer: Victoria Grayson is Out for Blood 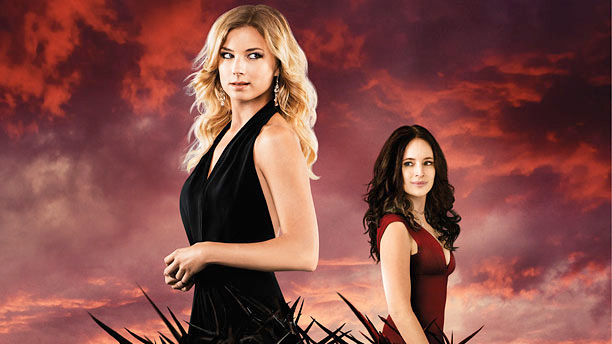 ABC has released a new trailer for season four of “Revenge,” which ominously promises “what goes around comes around” on the Hamptons-set drama.

Last season, Emily VanCamp’s Emily Thorne (aka Amanda Clarke) had Victoria Grayson (Madeleine Stowe) committed to a mental institution, but if the new promo is any indication, it won’t be long before Victoria’s back and looking for vengeance. But how will both women react to the realization that David Clarke, Emily’s father and Victoria’s former paramour, is actually alive?

At the ATX Television Festival in June, the show’s producers revealed that David “is going to cause a lot of problems” for both women, and that Victoria is out for blood in season four. “She’s done terrible things, she’s obviously a very wounded and messed up character, but at the end of the day, when she manages to get out, she’s going to be setting her sights on Emily,” teased exec. producer Aaron Harberts. “That’s going to be quite a drive, because we did see how Victoria reacted when ‘Amanda Clarke’ was out in the world, and she was bad to her … but when she actually takes stock of all the horribly awful things Emily has done and all the chaos she’s rained down on the Grayson family, she’s gonna be pissed, and she’ll come out swinging. As Emily is trying to create a new, more positive life for herself, as she tries to move forward, Victoria is going to be coming up behind her.”