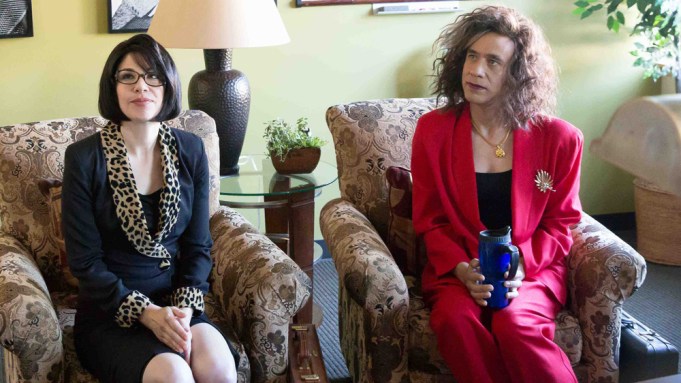 Carrie and Fred are back, and as epic as ever.

IFC’s “Portlandia” released its season five trailer Thursday, giving glimpses at some of the very unique characters and scenes from the minds of “Portlandia” stars Fred Armisen and Carrie Brownstein.

Coming up in the new season, Bryce and Lisa’s precious Taxidermy Shop is vandalized, Malcolm and Kris are a public failure as parents, Lance and Nina seek out couples therapy, and Fred and Carrie attempt to buy a home in Portland’s cutthroat real estate market.

“‘Portlandia’s’ characters have always been central to the show, but this season we went deeper into their lives so that viewers can connect with and appreciate them even more,” said Armisen and Brownstein. “We can’t wait to share their new adventures and what keeps ‘Portlandia’ so special.”

Fans can catch up on past seasons of “Portlandia” on IFC with a series marathon on New Year’s Day.

“Portlandia” is produced by Broadway Video, with Lorne Michaels serving as executive producer.