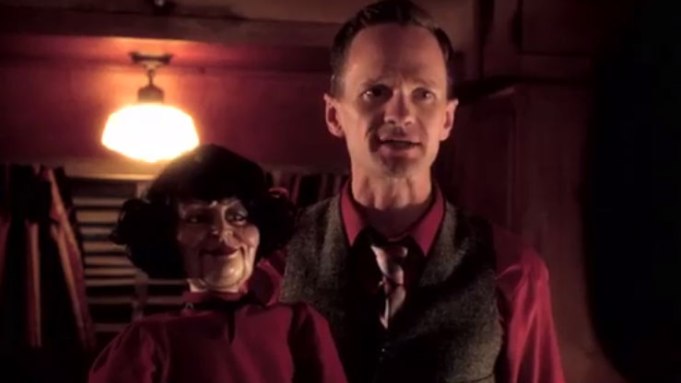 It wasn’t too long ago when Neil Patrick Harris expressed his desire to be on “American Horror Story: Freak Show,” and now we have the first clip of him in action on the FX anthology.

In October, “AHS” creator Ryan Murphy announced that the 2015 Oscar host would guest star on the show. The teaser with Harris’ character, who appears when the show returns in January, aired after Wednesday’s mid-season finale, and shows Harris getting pretty creepy.

It was previously revealed that Harris will play a salesman in the last two episodes of the season, but he seems to be some sort of magician in the trailer. He’s shown charming Sarah Paulson’s two-headed Bette and Dot, and performs a particularly bloody magic trick onstage.