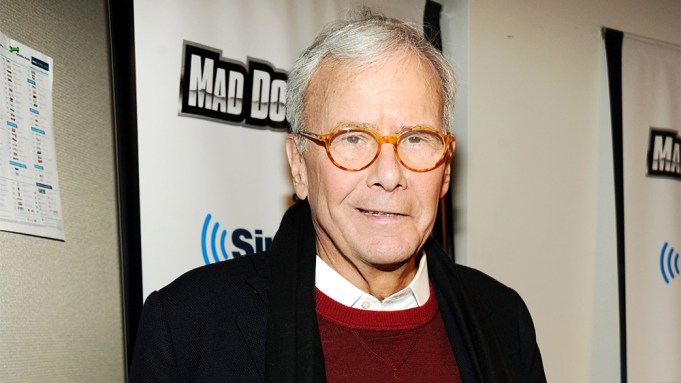 The Brokaw News Center, located on the Universal Studios lot, will be the home to the West Coast operations of NBC News, CNBC, MSNBC and Telemundo News and local stations NBC4 Southern California/KNBC and Telemundo 52/KVEA.

“It is fitting to name this state-of-the-art news center after a true broadcast legend like Tom who has done so much for journalism and for NBC News. I can think of no one more deserving of this honor,” said Steve Burke, CEO, NBCUniversal, in a statement.

Brokaw has a distinguished career from reporting on the subject including civil rights movement, Watergate, Tiananmen Square, the fall of the Berlin Wall and September 11th.

He has received a Peabody, Dupont and Emmy awards, and was the first U.S. journalist to interview Vladimir Putin, Mikhail Gorbachev and the Dalai Lama.

For the past six Olympics, Brokaw has been a special essayist for NBC Sports, and he has covered every presidential election since 1964.

“I still remember the day I drove into the NBC News Burbank parking lot and thought, ‘My life is about to change.’ I had just turned 26 and now, almost a half century later, indeed it has changed in ways I could not have imagined,” said Brokaw. “I’m an NBC News lifer and very proud of it.”

The brand new, 150,000-square foot news center, will be fully occupied later this spring with more than 600 people working out of the news center. The facility will include 40 satellite feeds monitored simultaneously, four newsrooms, and six production studios.