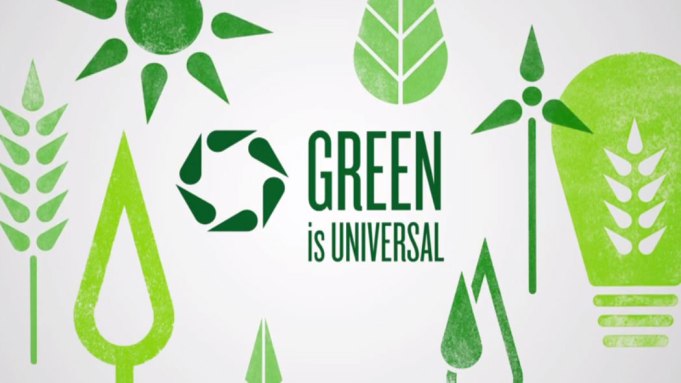 NBCUniversal is recognizing Earth Week with a new energy awareness campaign called Lights Off. Screens On., during its seventh annual Green Is Universal initiative.

NBCU properties will promote the campaign during its shows, asking consumers to reduce their carbon footprint by turning off the lights when they turn on screens to watch their televisions, computers, tablets or smartphones.

Starting on April 21, consumers will be able to take a pledge on www.lightsoffscreenson.com to turn off the lights, and in exchange receive the option to enter a contest to win environmentally-friendly prizes.

The company’s Earth Week celebration will continue April 25 at Universal Studios theme parks in Orlando on Earth Day and in Hollywood.

Universal Studios Hollywood will feature its Lights Off. Screens On. Music Fest., with DJs, bands and Syfy’s McKenzie Westmore and mun2’s Liz and Jackie.

“From the ongoing discussion on climate change to simple things people can do every day to live a greener lifestyle, the environment is an important issue for our consumers,” stated Beth Colleton, NBCUniversal senior vice president of corporate responsibility. “Our Lights Off. Screens On. campaign is just one of many actions NBCUniversal is leading to help educate consumers on simple ways to live more sustainably.”